Mental health watchdog Citizens Commission on Human Rights will be protesting the American Psychiatric Association (APA) in Atlanta, Georgia on May 14th to oppose their recent push to reclassify electroshock devices to include its use on children. CCHR was established in 1969 by the Church of Scientology and psychiatrist Thomas Szasz as a non-religious, non-political mental health watchdog. 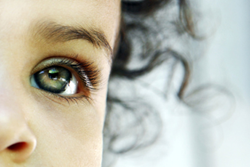 While most Americans don’t realize that electroshock is still used, the fact is more than 100,000 are electroshocked in the U.S. alone—every year. The APA now wants to expand this, including using electroshock on children.

The American Psychiatric Association (APA) has called on the Food and Drug Administration (FDA) to reclassify electroshock (ECT) devices as low risk and has recommended that it include ECT use on children.[1] The mental health industry watchdog, Citizens Commission on Human Rights (CCHR), has long opposed the APA’s push of electroshock despite its devastating effects on patients, and will be protesting their latest push to expand its use on children at the APA’s annual convention in Atlanta, Georgia, May 14, 2016. CCHR was established in 1969 by the Church of Scientology and eminent psychiatrist, Prof. Thomas Szasz.

CCHR says that while most Americans don’t realize that electroshock is still used, the fact is more than 100,000 are electroshocked in the U.S. alone—every year.[2] The APA now wants to expand this, including using electroshock on children.[1]

The APA states that “having access to a rapid and effective treatment such as ECT is especially meaningful in children and adolescents….”[1] But CCHR points out how the electroshocking of children actually happens:

According to the FDA, ECT can cause physical trauma (including fractures, contusions, injury from falls, dental and oral injury) prolonged or delayed onset seizure and complications, including heart attack and even death. Along with these possible outcomes are permanent memory loss, confusion and cognitive dysfunction.[8]

In addition to the APA calling for the use of electroshock on children diagnosed with depression and bipolar, they include recommending it’s use on children who meet the criteria for “treatment resistance,” which is often broadly defined as “failure to achieve response or remission to at least one proven antidepressant.”[9] CCHR says that instead, the APA should be reviewing the 286 international drug regulatory agency warnings citing side effects of hallucinations, mania, psychosis, suicidal ideation, worsening depression, addiction, withdrawal and a host of other common side effects. CCHR states this could open the door to the possibility of any child being labeled “treatment-resistant” simply because the drugs aren’t working. There are already more than 8 million U.S. children are on these dangerous drugs, including 1 million between the ages of 0-5 [10].

CCHR also points out that ECT device manufacturers do not, and cannot, guarantee the electroshock machines are safe or effective for use on a child, let alone an adult. Since 1978, the FDA classified the ECT devices as a restrictive Class III, demonstrating “an unreasonable risk of illness or injury.” This is because the manufacturers have never conducted clinical trials on the machines and, despite being required to do so, the FDA failed to enforce their own order for the trials to be conducted.[11]

In continuing its long expose of electroshock and in particular on children, CCHR is organizing a protest march at the annual APA convention in downtown Atlanta, Georgia on Saturday, May 14, 2016. For more information on the protest, visit this page.