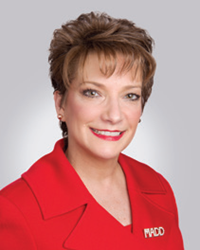 “If 720 days is the maximum amount of jail time Ethan Couch can serve, then we ask you to stand behind your 720 day order,” Sheehey-Church writes in the letter. “Taking away even one day would be an insult and a slap in the face to the victims and survivors. To order 720 days, and then take it back, you’d take back the small glimpse of peace they received knowing that Couch will spend time behind bars and not on the streets.”

In January, MADD launched the #FightAffluenza petition demanding Couch’s case be moved from juvenile to adult court. MADD received 30,000 signatures within 24 hours and more than 51,000 signatures total. On February 19, Couch was ordered to be transferred to adult court. On April 13, Judge Wayne Salvant ordered Couch to 720 days in jail but stated that it wasn’t ‘set in stone’ and that it would be up for reconsideration at the May 16 hearing.

Sheehey-Church concludes the letter by writing, “Judge Salvant, we plead with you to uphold your order at the May 16th hearing. You play such a key role in this case. You play a role in the healing journey of the victims. And, you play a role in holding Ethan Couch accountable…It’s time for 720 days.”

For those personally impacted by the Couch case, or any one impacted by drunk driving, drugged driving and underage drinking consequences, MADD Victim Services are available at no charge, serving one person every fifteen minutes through local victim advocates and MADD’s 24-Hour Victim Helpline, 1-877-MADD-HELP.

About Mothers Against Drunk Driving
Founded by a mother whose daughter was killed by a drunk driver, Mothers Against Drunk Driving® is the nation’s largest nonprofit working to end drunk driving, help fight drugged driving, support the victims of these crimes and prevent underage drinking. MADD supports drunk and drugged driving victims and survivors at no charge, serving one person every fifteen minutes through local MADD victim advocates and at 1-877-MADD-HELP. MADD’s Campaign to Eliminate Drunk Driving® will end drunk driving through increased law enforcement, all offender ignition interlock laws and advanced vehicle technology. PowerTalk 21® is the national day for parents to talk with their teens about alcohol, using Power of Parents®’ proven approach to reduce underage drinking. Learn more by visiting madd.org or calling 1-877-ASK-MADD.