Just How Many Zombie Hayfever Drivers are on Britain’s Roads?

Medical Specialists® Pharmacy discuss some of the findings from a new survey conducted by Confused.com into drug-driving - particularly hayfever medication. 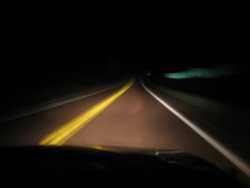 The survey showed that approximately 1 in every 15 motorists suffering with hayfever say that driving ability has been negatively impacted due to being under the influence of medication.

Here at Medical Specialists® Pharmacy, we’d like to think that the majority of patients would not ever think of getting behind the wheel of a vehicle after consuming alcohol or after ingesting any illegal drugs.

However, how many would get behind the wheel after taking a few tablets of legal drugs? More specifically – over-the-counter or prescription medication.

A new survey by car insurance company Confused.com has found some alarming statistics which could highlight just how safety conscious some of the drivers on Britain’s roads actually are.

The survey showed that approximately 1 in every 15 motorists suffering with hayfever say that driving ability has been negatively impacted due to being under the influence of medication.

It is unclear in the Confused.com poll how many motorists were taking drowsy antihistamines and if any more sensibly decided to opt for the non-drowsy antihistamines before getting behind the wheel, the latter of which includes the popular loratadine and cetirizine, supplied from Medical Specialists®.

Antihistamine medicines are generally classified into three groups. These are:

Pharmacists or doctors would recommend taking second- or third-generation antihistamines and only first generation treatments where the sedating effects are beneficial to the person – i.e. to help them sleep.

The Confused.com poll found that 4% of those motorists reported they have been involved in a car accident following taking hay fever medication. This calls into question just how many sedated and zombie-like drivers are populating the roads, putting themselves at others at grave risk, especially with the survey revealing that more than 1 in 7 have driven after taking drugs.

These are not illegal drugs taken for a high – i.e. cocaine or ecstasy – the majority of those in the poll admit they are in fact driving while under the influence of legal prescription or over-the-counter medication. In fact, motorists are four times more likely to drive after taking a legal drug compared to an illegal one.

Although doses of prescribed or over-the-counter drugs might not be exceeding any limits with regards to driving, it seems those with hayfever are simply not paying attention to the important warnings given in the patient information leaflets. Medical Specialists® cannot stress enough how imperative it is to read these and they can contain warnings which could help to avoid illness or even death.

As mentioned previously, antihistamines are usually the first port of all for anyone looking to keep their hayfever symptoms at bay, but people may not realise that there can be dangerous and unpredictable effects if taken those with certain conditions or if taken in conjunction with other things such as alcohol or certain antidepressants. Failing to read the patient information leaflet to take the drugs only as directed would mean people would probably not realise these factors.

The Confused.com poll showed that 15% of motorists who suffer from hayfever do not bother to read the accompanying leaflet inside the medication’s box.

Furthermore, 1 in 15 Brits (7%) are not adhering to the recommended dose, whilst alarmingly, 3% admitted they were unaware there was such a thing.

There are about 16 million people in the UK that are suffering with hayfever, just over a third of motorists (34%) have the condition, with the majority taking medication to supress the symptoms that include watery and itchy eyes, a runny nose, sneezing and an itchy throat.

However, patients often forget that all prescription and over-the-counter drugs, which includes those to fight hayfever, can have some unwanted side effects.

The survey highlighted the common complaints from hayfever treatment, with the respondent’s driving ability affected by drowsiness (55%), feeling lethargic (35%) and blurred vision (35%).

Dr Richard Vautery, deputy chair of the British Medical Association General Practitioners Committee, said: “Patients have a responsibility to only drive if they feel safe to do so.

“If they feel any medication they are taking is adversely affecting their ability to make quick decisions or concentrate, then they shouldn’t be behind the wheel.

“Their insurance will also not be valid if they were to do so.

“Patients should discuss any new drugs they are prescribed with their GP and with the pharmacists that provides them to find out whether there would be any impact on their ability to drive.

“This information is also always within the leaflet provided to patients when they are given prescription drugs.”

In March last year, new drug-driving laws listing 8 prescription drugs and 8 illicit drugs came into force across England and Wales, with roadside drug screening devices to detect those driving under the influence.

Medical Specialists® again would like to stress the absolute importance of reading any drug’s patient information leaflet to avoid putting yourself and other’s at risk, especially whilst on the roads. As the weather is now picking up and more people are heading outdoors and into pollen-filled air, this means a lot of people with hayfever are going to suffer if they are not taking their antihistamines. In addition to reading through the safety information of any hayfever treatment, it is recommended everybody familiarises themselves with the drug-driving laws that came into force last year.