We are compelled to offer our heartfelt respect to those who would lay down their lives for our freedom. 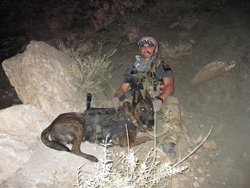 Chief Petty Officer Benito Olson was deployed in support of Operation Iraqi Freedom when he was critically wounded as a two-story house detonated burying him, his teammates and dog.

As part of the celebration, the Freedom Celebration Ride is an opportunity for comradery and one hundred percent of ride fees are donated to veterans’ charities.

A full day of events has been planned to celebrate American freedom and recognize the courage and unbeatable determination of those who have stood ready to give their lives in defense of America. In recognition of our nation’s valiant veterans, the Sturgis Buffalo Chip has set aside Thursday, Aug. 11, 2016 as its annual Freedom Celebration Day. Several courageous veterans and family members of the fallen have committed to making presentations and imparting personal accounts of patriotism to those who attend. These special guests include those who have offered their lives and sacrificed their limbs and state of well-being in the defense of liberty. The celebration will culminate with a performance by the award-winning country music star Miranda Lambert.

The Ride
As an extension of the Chip’s Freedom Celebration, the third annual Freedom Celebration Ride allows participants to honor America’s veterans and contribute to charities that assist wounded vets and their families. One hundred percent of the $75 ride donation will benefit the Warrior Dog Foundation, Combat Wounded Coalition and America’s Mighty Warriors.

Amphitheater Schedule
10 p.m. – Freedom Celebration’s Bob Hanson Honorees will take the Buffalo Chip’s Wolfman Jack Main Stage for the National Anthem and a stirring ceremony.
10:30 p.m. – Concert performance by Miranda Lambert, eight-time winner of Academy of Country Music Awards “Female Vocalist of the Year.”
Those wishing to participate in the activities in the amphitheater may do so by purchasing a campground admission pass. More information can be found at BuffaloChip.com/FreedomCelebration

2016 Honorees and Special Guests
The Chip will present the Bob Hanson Distinguished Service Award to several honorees. Past recipients of this award include John McCain and the families of Tyrone Woods and Glen Doherty, two Navy SEALs slain while saving many lives in the attack on the American compounds in Benghazi, Libya.

Medal of Honor recipient Gary Wetzel distinguished himself by conspicuous gallantry and intrepidity at the risk of his life above and beyond the call of duty while serving in Vietnam. His incredible story of courage and indomitable drive to assist and save his fellow crew members while suffering from severe wounds is a testament to his unswerving devotion and bravery.

While deployed to Afghanistan in 2010, Glen Silva stepped on an Improvised Explosive Device (IED) weighing approximately 20 lbs. He lost his left leg five inches above the knee, the blast shattered his left pelvis and complete amputation of his penis and testicles. His lower stomach was ripped open, both lungs were popped, left forearm and hand were shredded to the bone, all his teeth were shattered, both ear drums were popped and he sustained a moderate TBI (Traumatic Brain Injury). Glen has performed several public speaking events for a wide range of organizations and has worked with Feherty's Troops First Foundation in many different areas, from hosting events, fund raising, suicide prevention, and other topics.

Robin Andersen honorably served 30 years in the United States Navy. Her military background is vast and includes that of a Hospital Corpsman, Cardiopulmonary Technologist, Military Personnel Officer, Plans, Operation, and Military Operations Officer, Command Legal Officer, Emergency Management Coordinator, and Master Training Specialist. Her primary role now is as a veteran advocate. As the mother of Rob Guzzo, a former Navy SEAL who lost his battle with Post Traumatic Stress (PTS) and mild Traumatic Brain Injury (TBI) on Veterans Day 2012, Andersen’s mission is for the loss of her son to not be in vain.

After graduating from high school in Cheyenne-Eagle Butte, SD in 1964, Keith Marshall went on to a earn a teaching degree from Northern State University in Aberdeen, SD. He had great love of family and country and chose to join the Army as an Airborne Combat Medic. He was sent to Vietnam in 1967 with the Screaming Eagles, the 101st Airborne Assault Division. He received his first bronze star 5 months later. In February 1968 he was severely wounded but refused medevac as he was the sole surviving unit medic. He received his second bronze star while serving with the 173rd Airborne. The day before Marshall was to return home from Vietnam he valiantly fought through a long firefight and was awarded the Silver Star due to his selfless actions during battle.

Keith Marshall was sent to Vietnam in 1967 with the Screaming Eagles, the 101st Airborne Assault Division and received his first bronze star 5 months later.Keith Marshall