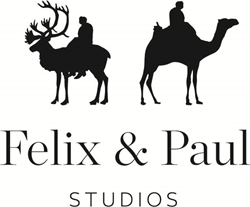 “This round of funding, led by the venture arm of one of the largest media and entertainment companies in the world, not only speaks to the power of our model but also points to a massive need for high quality VR content across the media landscape. We are excited to use this new capital to accelerate our goal of building a global VR studio– known for producing the highest caliber of immersive and engaging VR experiences for everyone to enjoy.”

The studio will use the investment to grow its team and production capacity for its content pipeline; enhance its proprietary VR cameras; and expand its state of the art, production and post-production software suite. Additionally, the studio will expand distribution of its virtual reality experiences and apps to more platforms and international markets.

“Felix & Paul Studios is the trailblazer in cinematic virtual reality as they have produced the best VR content for the Oculus Rift and Samsung Gear VR for 3 years now,” said Michael Yang, Managing Director at Comcast Ventures.  “Their stories have touched audiences all over the world and their pieces are award winning.  We were attracted to their artistic vision, their track record with viewers, and their full technology stack.”

Over the past year, Felix & Paul Studios has experienced tremendous growth and currently numbers 37 highly talented VR specialists across offices in Montreal and Los Angeles. Last year, the studio produced seven extremely high quality VR experiences for the Oculus platform across Rift and Gear VR. This year the company already has over 30 projects in the pipeline in various stages of development.

"Felix & Paul are incredibly talented filmmakers that have been pioneering VR since the earliest Oculus dev kits,” says Jason Rubin, Head of Content at Oculus. “They’ve continued to push the boundaries of cinematic VR and are instrumental in the growth of the medium. I can’t wait to see what they’ll do next!”

In conjunction with the round of funding, Michael Yang, Managing Director of Comcast Ventures, will join the Felix & Paul Studios board of directors.

Comcast Ventures, the venture capital affiliate of Comcast Corporation, invests in innovative businesses that represent the next generation of entertainment, communications and digital technology by partnering with entrepreneurs who have the vision, passion and tenacity to succeed. Most investments are in the advertising, consumer, enterprise and infrastructure sectors. Comcast Ventures provides its portfolio companies with countless resources, relationships and know-how to help them perform at the highest possible levels.

LDV Partners is a global team of experienced company builders, industry leaders and anchor investors who are dedicated to helping entrepreneurs succeed.  LDV Partners are exceptionally well-connected, especially in China, our portfolio companies benefit from critical access to distribution and marketing channels in media, consumer and industrial sectors in China.  Shanghai Media Group is one of the anchor investors in LDV Partners.

Dedicated to art in all its forms, Phi is a multidisciplinary arts and culture organization that cultivates all aspects of creation, development and distribution. Through original productions, public programming and diverse experiences that explore various genres, Phi fosters unexpected encounters between artists and audiences. Headquartered at the Phi Centre in Montreal, Canada, Phi is an initiative of its Director and Founder Phoebe Greenberg and President Penny Mancuso.