The top 10 is dominated by west-coast states, but the midwest and northeast also find representation among the nation’s best states for alternative energy. 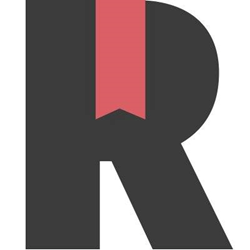 Similar rankings are too narrowly focused on the largest power caches and total energy production, a statistic that favors larger states. The do not did not take into consideration the finer details of state alternative energy promotion.

Alternative energy, or renewable sources of energy not derived from fossil fuels, has become an increasingly important part of the American energy landscape in recent decades. Concerns over climate change, the expiration of fossil fuels, and energy independence have driven slow but important changes. Electric and hybrid cars are closing gaps in affordability with their traditional counterparts, programs have sprung up to make it possible for private citizens to power their homes with solar panels, and receive tax incentives for doing so. This trend has manifested in national policy following the UN summit and historic global agreement on climate change in Paris last December, when President Obama returned to the United States with a proposal for the future of the American energy industry.

International policy is driven by concerns over climate change, but alternative energy is also an important step toward American energy independence. Depleting fossil fuel reserves caused speculation on so-called ‘peak oil’ as recently as the last decade. More efficient modern extraction techniques such as fracking have caused a glut of oil and gas, these have met political and social opposition. Wild fluctuations in the price of oil in the last two years have demonstrated the volatility of the global market and reinforced the importance of American energy independence.

Alternative energies are a key step toward all of these goals. In addition to federal standards and the President’s recent proposal, many states are taking action to improve the status of alternative energy in their borders, but many still lag behind.

The Rankings.com Annual Ranking of Top States Promoting Alternative Energy grades each state’s investment in alternative energy according to five core metrics weighted by their importance to the promotion of alternative energy sources in the United States. Each metric analyzes statistics, laws, or official policies from state and federal sources, including the Energy.gov and the U.S. Energy Information Administration.

Production: The United States produces nearly 73 million British thermal units worth of energy each year. Just over 10% of that energy comes from renewable sources, including hydroelectric power, geothermal power, biofuels, wind power, and solar power. But some states do much more for the national production of alternative energy than others. The top-ranked states in production represent the states that produce the largest quantities of alternative energy per capita. Many forms of alternative energy are more or less appropriate in different regions, and consequently no state had a top ranking for each type of energy production. However, the top four states - Oregon, North Dakota, South Dakota, and Maine - all had top-10 showings in at least three of the five alternative energy types.

Incentives and Standards: Goals are useless without taking action, and for states that action comes in the forms of legal standards for energy efficiency and incentives to use alternative energy. The Rankings.com team identified 12 common standards and incentives, such as disclosure laws, equipment standards, and tax deductions, and ranked states according to the number of these policies on the statute. The top three states had only nine such policies, demonstrating room for improvement even at the top. The bottom four states had no alternative energy standards or incentives.

Top States for Incentives and Standards:

Full study and methodology can be found here: http://www.rankings.com/rankings/top-states-promoting-alternative-energy/