Craigslist Founder Funds Scholarship at the University of San Francisco

Craig Newmark, who founded the wildly popular craigslist website, has generously donated $50,000 to fund scholarships at the University of San Francisco (USF). 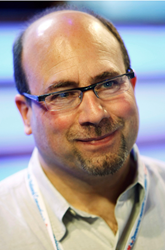 “The McCarthy Center helps people in San Francisco neighborhoods in the here and now, and it also educates potential neighborhood leaders for long term civic engagement. Everybody wins,” Newmark said.

Craig Newmark, who founded the wildly popular craigslist website, has generously donated $50,000 to fund scholarships at the University of San Francisco (USF). The money will be awarded to students in the USF in D.C. program, which immerses them in the unique political and social culture of the nation’s capital.

USF in D.C. is sponsored by the university’s Leo T. McCarthy Center for Public Service and the Common Good, which is dedicated to inspiring and preparing students for careers of ethical public service.

Newmark has served as a board member at the Center for nearly a decade, and is an advisor. “The McCarthy Center helps people in San Francisco neighborhoods in the here and now, and it also educates potential neighborhood leaders for long term civic engagement. Everybody wins,” Newmark said.

Up to ten students will be awarded a $5,000 Newmark Scholarship in the 2016-17 academic year. Students in the USF in D.C. program are required to complete a full-time internship, where they work at government offices and advocacy groups throughout the capital, including the White House Office of Public Engagement, the U.S. Department of Education, the House Judiciary Committee, and the Sierra Club.

“The Newmark Scholarship will help prepare USF students to be leaders and change makers at the national, state, and city level,” said David Donahue, senior director at the McCarthy Center.

The scholarship is only one example of Newmark’s support for non-profit organizations. He created craigconnects.org to nurture and publicize charitable organizations, and at USF, his generosity extends beyond the McCarthy Center: he delivered the commencement address at the School of Business and Professional Studies in 2009 (now the School of Management), and he collaborated with students and faculty in 2011 to provide computers and internet literacy classes for the homeless in San Francisco’s Tenderloin district.

For using the internet as a tool to promote democracy and create better government,
and for exemplifying USF's motto “Change the World From Here,” the University of San Francisco awarded Newmark an honorary doctoral degree in 2009.

Newmark started craigslist just a few blocks from USF, and more than twenty years later, it remains true to his vision as an information clearinghouse that is free of charge for most users. The international phenomenon now receives more than 50 billion page views every month and operates in more than 70 countries.

For more information about the McCarthy Center’s USF in D.C. program or the Newmark Scholarship, please contact Gary McDonald at USF, (415) 422-2699 or mcdonald(at)usfca(dot)edu.

About USF
The University of San Francisco is located in the heart of one of the world’s most innovative and diverse cities, and is home to a vibrant academic community of students and faculty who achieve excellence in their fields. Its diverse student body enjoys direct access to faculty, small classes and outstanding opportunities in the city itself. USF is San Francisco’s first university, and its Jesuit Catholic mission helps ignite a student’s passion for social justice and a desire to “Change the World From Here.” For more information, visit http://www.usfca.edu.

Students during their semester-long USF in DC program.

USF in DC student with their politics professor Ken Goldstein in Washington D.C.