Controversy regarding a recent report from the National Obesity Forum in the UK, “Eat Fat, Cut The Carbs and Avoid Snacking To Reverse Obesity and Type 2 Diabetes” has once again thrust saturated fat into mainstream media generating a debate centered on whether saturated fat should be exonerated, overturning 50 years of research. The True Health Initiative reacts to the report, reaffirming the appropriateness of limited saturated fat intake, and emphasizing the importance of focusing on foods over nutrients. 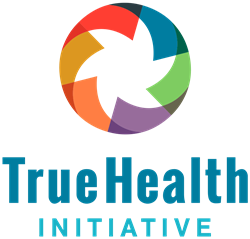 Most emphatically, we reject the suggestion that bacon double cheeseburgers without the bread are the answer to the world’s obesity and chronic disease problem, as some would suggest.

Controversy regarding a recent report from the National Obesity Forum, a group in the UK, has once again thrust saturated fat into mainstream media. The debate appears centered on whether saturated fat should be exonerated after decades of being a consistent target on national recommendation lists of nutrients to minimize and limit. If so, the implication is that everything the public has been told for 50 years is wrong and should be reversed, and that eating fat, including butter, cheese, and meat will help people lose weight and combat type 2 diabetes.

Given that this topic has now arisen several times over the last few years, despite many attempts to put it to rest, the True Health Initiative – a group of roughly 300 leading experts from 30 countries – is issuing a formal response, emphasizing that this topic is not controversial. The True Health Initiative's stance is that saturated fat has not been exonerated, emphasizing that the basic premise is flawed on which the controversy is founded. The flaw arises from conflating isolated nutrients and the foods that are sources of those nutrients.

The True Health Initiative emphasizes the importance of foods over nutrients, and even more so, food patterns over individual foods. For such broad questions as what kind of food patterns are best (e.g., Mediterranean, vegetarian, Paleo) there is no single study that can provide a definitive answer. More so, there is not even one type of study that can answer such a question. “The True Health Initiative knows what we know most reliably about food and nutrition when mechanistic studies in cell culture and animal models align with biomarker studies in people, and when those in turn align with outcome studies and intervention trials in people, and when those in turn align with observational epidemiology at the level of whole populations,” says David Katz, MD, MPH, Yale University Prevention Research Center, Griffin Hospital. Collectively, the members of the True Health Initiative have conducted a compelling body of original research on saturated fat, and on the foods that provide the majority of saturated fat in the Western Diet, and have produced extensive editorial commentary and interpretation. Saturated fats are dietary components that can be harmful to human health when consumed in excessive amounts.

Trying to communicate effectively the health implications of a nutrient such as saturated fat to the public, inevitably leads to problematic oversimplification. There are many examples of populations around the world surviving and thriving on diets high in total fat when the majority of that fat is plant-based. Likewise, there are many examples of populations surviving and thriving on diets high in whole grains, beans and legumes that are generally low in fat and high in carbohydrates. When either a higher fat or a lower-fat diet is based in whole foods that are plant-based, populations have thrived. Regarding saturated fat, this is a term used to describe a family of specific fat types that can be found in a variety of foods, and these specific saturated fat types (technically referred to as fatty acids) include: stearic, lauric, palmitic, myristic, caprylic, caproic, and butyric acids, among others.

The True Health Initiative dismisses this controversy over saturated fat emphasizing a rejection that new evidence has arisen that exonerates saturated fat and overturns the previous 50 years of research that many scientists have conducted. “And, most emphatically, we reject the suggestion that bacon double cheeseburgers without the bread are the answer to the world’s obesity and chronic disease problem, as some would suggest,” says Dr Simon Poole, MBBS DRCOG, Cambridge, UK. Poole adds, “It should also be noted that notwithstanding arguments based on nutrients, it is inappropriate to promote increasing consumption of meat when the environmental consequences of such advice are clearly likely to be incompatible with a sustainable and healthy planet.”

About the True Health Initiative:
The True Health Initiative (THI) is a coalition of world-renowned health experts committed to cutting through the noise and educating on only the evidence-based, time-honored, proven principles about lifestyle as medicine. The ultimate mission of the THI is to eliminate as much as 80% of all lifestyle-related chronic disease through lifestyle as medicine. The THI Media Response Team (MRT), a group of over 30 national and international experts from the coalition, is a resource for all media inquiries and provides timely information about published research regarding the core principles of healthy living that most effectively add years to lives, and life to years. Visit http://www.truehealthinitiative.org to learn more and to discover how individuals and organizations may join the effort.

The True Health Initiative is produced in association with the American College of Lifestyle Medicine, the medical professional association for physicians, clinicians, and healthcare executives dedicated to a lifestyle medicine-first approach to healthcare. For more information, visit http://www.lifestylemedicine.org.