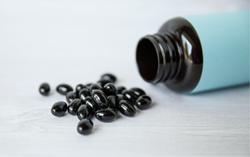 NAXA is pleased to confirm the majority of the market is representing itself accurately, and encourages consumers to demand accurate labeling.

“These tests were conducted at an independent laboratory with a great degree of proficiency in astaxanthin testing. The tests are important because they represent information not routinely tested by retail brands,” said NAXA President Scott Steinford. “The information from the ingredient manufacturer represents that the natural astaxanthin being sold is derived from Haematococcus pluvialis. However, the tests to verify this fact require a specialized test rarely conducted as part of routine astaxanthin analysis. NAXA is pleased to confirm the majority of the market is representing itself accurately, and encourages consumers to demand accurate labeling.”

Astaxanthin has been proven to support skin health, joint and tendon health, physical activity, eye and brain health. Natural algae astaxanthin is the only form of astaxanthin proven to be safe and effective in clinical studies.

The retail product tests conducted by NAXA were of products representing more than an estimated 80 percent of offered retail astaxanthin. Products passing the testing are eligible for the NAXA Verified Seal. The NAXA Verified Seal represents that the material used in the product offering is astaxanthin only derived from Haematococcus pluvialis and was produced using NAXA member material also verified through more rigorous testing. NAXA is committed to supporting consumer awareness and education of natural algae astaxanthin and the many benefits it affords consumers.

Steinford added: “NAXA is mindful of the importance of confirming the quality and integrity of this essential ingredient. The NAXA Verified Seal and the testing behind it support that goal. We look forward to affirming the product provided to the consumer is confirmed through this third party independent verification. We recognize our duty and responsibility to the market with this Seal being a key component to affecting this responsibility.”

###
About NAXA
NAXA is a 501c(6) nonprofit trade association of the world’s highest quality manufacturers, growers and marketers of natural algae astaxanthin, derived from Haematococcus pluvialis. NAXA is dedicated to educating the public and dietary supplement industry about the health benefits of Natural Astaxanthin and the major differences between sources. Learn more at Astaxanthin.org.