New web series, “In the Back Seat with…” will stream on Circa, giving millennials an intimate look into how celebs give back. The series focuses on in-depth, one-on-one celebrity interviews about their charitable causes and latest projects. 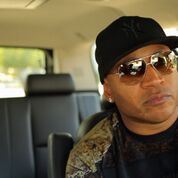 New web series "In the Back Seat with..." kicks off with LL Cool J interview

Chideo’s new web series will give viewers a behind-the-scenes look at each celebrity’s life and how they give back, resulting in increased awareness and donations for the causes they care about most.

Today, Chideo, part of the Charity Network, announced a partnership with Circa, a new mobile-friendly, video-driven news and entertainment portal that launched today. Under the new deal, Chideo, a leader in cause and entertainment content, will produce a celebrity-driven web series called, “In the Back Seat with...” that will stream on Circa’s various digital platforms, including its website and mobile app.

The new web series which can be accessed at Circa.com/pop-culture, will focus on in-depth, one-on-one celebrity interviews about their charitable causes and their latest projects as they ride around in the back seat of a luxury SUV. Each celebrity guest can drive direct donations to their favorite charity or cause through tie-ins with the Charity Network’s fundraising platforms Charitybuzz and Prizeo. Initial “In the Back Seat with…” interviews will feature music and sports legends including LL Cool J supporting Jump and Ball, Kevin Love supporting St. Jude’s Children’s Research Hospital, Mike Rowe supporting mikeroweWORKS and Cardinal Timothy Dolan in support of the Archdiocese of New York.

"As we continue to build the Charity Network, we want to make cause-centric content readily available to people across multiple platforms, which is why Circa is such a great partner," said Charity Network founder and chairman Todd Wagner. "Chideo’s new web series will give viewers a behind-the-scenes look at each celebrity’s life and how they give back, resulting in increased awareness and donations for the causes they care about most.”

John Solomon, Circa’s chief creative officer, said the partnership offers a chance to inspire a new generation of volunteers and philanthropists. “We know the next generation of consumers have a healthy appetite for cause-focused content, and we’re excited to be partnered with Chideo, the leader in this space, to create an entertaining series that will drive people to learn, think and become engaged themselves,” Solomon said.

“In The Back Seat with…” will be hosted by Circa’s Los Angeles Bureau Chief Stephanie Abrams and Chideo’s Cash Sirois, both longtime experts on Hollywood and charitable giving. Abrams has been a journalist in Los Angeles and the national scene for two decades and has chronicled the rise of charitable giving in the digital era through her regular Give Back News reports. Sirois is an Emmy® Award-winning sports journalist and co-host of the "Cirque du Sirois Show" on Dallas’ SportsRadio 1310 The Ticket.

The new project builds on an existing partnership Chideo struck in May 2015 with Circa’s parent company, Sinclair Broadcast Group (Nasdaq: SBGI), the largest television broadcaster in the country. Through this unique distribution deal, Sinclair connects approximately 43 million homes with Chideo's inspirational and entertaining content – all to benefit the world's leading charities. With the addition of Circa, we expect to add millions of unique web visitors per month.

About Chideo
Chideo (Charity + Video) is redefining “charity content,” teaming up with celebrity ambassadors, charity partners and brands to create compelling content by, for and about cause. Through a growing list of syndicated distribution partners – Sinclair Broadcast Group, Tribune Company, The Ellen DeGeneres Show, Twitter, Delta Airlines and many more – Chideo reaches audiences across TV, Online, and In-flight—all to benefit the world's leading charities.

By offering users exclusive and original video content across a broad spectrum of entertainment, sports, business, music, fashion, food, design and culture, Chideo gives celebrities, nonprofits and brands an easy way to quickly drive awareness and raise funds for important causes. Founded by entrepreneur and philanthropist Todd Wagner, Chideo is a member of the Charity Network. It serves as a sister company to Charitybuzz, a charitable online auction platform, and Prizeo, a charitable online sweepstakes platform.

About Circa
Circa LLC is a mobile-friendly, video news and entertainment portal designed for the next-generation consumer who wants to do more than just read or watch content. Circa has been creating original news content in the following areas: politics, U.S. and world news, security, entertainment, lifestyle, pop culture, documentaries and quizzes. Circa will launch two daily newscasts, The Circa 60 and Great American Pop Report, and will be bringing you the latest in original coverage. Backed by Sinclair Broadcast Group, Circa has offices in Washington DC, New York, Los Angeles, Austin, and Seattle.