David Giunta, Founder and CEO of BlackPlum LLC, on Realtor.com's "The 5 Real Estate Trends That Will Shape 2016," Saying, “The Housing Market Will Return to Normal"

Giunta comments that the article is chiefly accurate in it's assumptions of the 2016 real estate market, and asserts that the market has a ways to go before professionals can refer to the market as "normal" again. 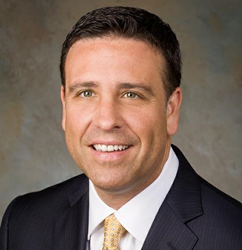 This slowdown is not an indication of a problem—it’s just a return to normalcy. We’ve lived through 15 years of truly abnormal trends, and after working off the devastating effects of the housing bust, we’re finally seeing signs of more normal conditions.

After the housing market collapse of 2006–2008, there were those who wondered if the US real estate industry would ever get back on its feet. And although it has been a long and difficult road, the close of 2015 saw impressive improvement; during that year, total home sales grew 7%, based on a 6% growth in existing-home sales and 15% growth in new-home sales, making it the best year for housing since 2007. But while this could certainly be indicative of a general upward trend, the housing market has always been a temperamental entity.

As such, when articles such as Jonathan Smoke’s “The 5 Real Estate Trends That Will Shape 2016” are published, it can be difficult to take the predictions at face value. The article reviews relevant data to attempt to forecast which trends were set to be the most impactful on the 2016 housing market. And, with 2016 now drawing to a close, having another expert weigh in what was said can help provide a more accurate picture of what can be expect in the coming years.

David M. Giunta is one such expert. As the founder and CEO of BlackPlum LLC, he has a uniquely insider perspective on the reality of realty. Giunta shares his thoughts on one of the major points mentioned:

Point: The housing market will return to normal
“The year ahead will see healthy growth in home sales and prices, but at a slower pace than in 2015. This slowdown is not an indication of a problem—it’s just a return to normalcy. We’ve lived through 15 years of truly abnormal trends, and after working off the devastating effects of the housing bust, the market is finally seeing signs of more normal conditions. Distress sales will no longer be playing an outsized role, new construction is returning to more traditional levels, and prices rise at more normal rates consistent with a more balanced market.”

In response, David Giunta had this to say:
“This is mostly accurate. However, I would disagree that the market has returned to normalcy. Construction starts appear to be far greater than historical trends.”

Giunta points out that while there is certainly some validity to the author’s claim that a slower pace of growth doesn’t necessarily mean a fall back into recession, he is quick to point out that the housing market still has a way to go before everything normalizes.

For proof, one need not look far. A recent quarterly market report pointed out that multi-family housing development still continues to show signs of weakness, with construction starts lagging behind previous years. This indicates that the industry as a whole isn’t out of the woods yet.

Additionally, Trading Economics recently created a chart showcasing the total number of construction starts across several years. The chart includes this explanation:
“Housing starts in the United States shrank 5.8 percent to a seasonally adjusted annualized rate of 1142 thousand in August from July of 2016, after rising a downwardly revised 1.4 percent in the previous period. Figures came much worse than market expectations of a 1.7 percent decline, reaching the lowest in three months.”
This shows a distinct downward trend, one that isn’t accounted for in Smoke’s article.

Despite this potential issue, the reality is that things are looking good for the real estate industry, overall. David M. Giunta recognizes this fact, but reminds us to remain cautious. After all, it always takes more time to rebuild than it does to destroy, and given the hit that the housing market took during the first years of the new millennia, this era of rebuilding could take a bit longer than expected. Jonathan Smoke’s “The 5 Real Estate Trends That Will Shape 2016” points us towards a bright future, but according to David Giunta, the market is not there yet.