Three Business Trial Group attorneys represented Omni Healthcare and a group of Florida doctors against Health First and some of its subsidiaries in the state. 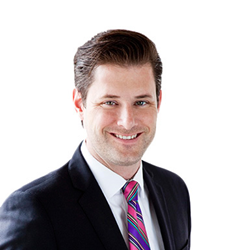 On August 16, 2016, integrated health system Health First reached a settlement agreement with Plaintiffs Omni Healthcare and a group of Florida Physicians. The terms and amount of the settlement have not been disclosed.

As stated in court documents, the Plaintiffs alleged that the Defendant, Health First, attempted to monopolize regional healthcare in Brevard County. According to the allegations, Health First threatened to exclude physicians from future contracts if the doctors failed to admit or refer patients exclusively to the company’s approved providers.

According to the lawsuit, certain Plaintiffs also claimed to have been dropped from insurer contracts for failing to follow exclusivity requirements, which allegedly resulted in professional and financial repercussions.

In court documents, the physicians and physician groups that brought the suit requested that these alleged Health First policies be addressed as violations of antitrust and competition legislation, both on a state and federal level.

The lawsuit lasted for three years, and sought approximately $360 million in damages to resolve the allegations.