A Newly Released Race Catcher™ Workstation, a New State of The Art Technology, Makes Anyone an Expert in Judging the Reliability of Software Applications Results.

From Thinking Software: Before Race Catcher™ Workstation, it was never this easy to know whether an application was sustainable and reliable. Software applications are not necessarily correct and should not need be trusted by default, since they are created by people, and people have tendencies of making mistakes, and sometimes very big mistakes. 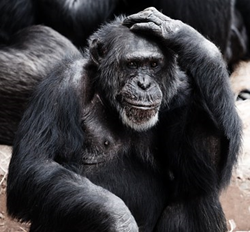 Do Not Make Me Think.

One, in charge of a Data Center, or a Data Processing department, or a project manager, project leader, or a programmer - all have similar worries that may interfere with ability to sleep well at night: Is this application that was just released or just purchased sustainable and reliable? Are all the results it provides - correct results?

Fatal overdoses of radiation, nearly lost communication during the mission to Mars, huge power outages costing lives, 100s of millions of dollars in damages, IPO flops, and thousands of less advertised issues, however still important - all of those could have been diagnosed before causing big damage. But they have slipped through the cracks of software testing methodologies that are now outdated.

Artificial division of a software's life cycle into design, development, test and production is not working out very well. The real life tests our applications in the field, and all the time.

Thinking Software Inc (TSI) believes in Program Understanding that is to be happening all the time while the software is alive, i.e. executing.

Such program understanding is done via dynamic code analysis. TSI's flagship product, Race Catcher(tm), is addressing the issues of multithreading analysis - the most complex issues in contemporary IT.

The Workstation comes with its own agent as well. As such, the Workstation can be the only component and can analyze the applications that run on the same machine.

But it can also be the automatic aggregator of the information coming from the agents residing on other machines which are local, in a data center, on the cloud. It can also operate in publishing mode. That enables a special service that can be subscribed by another workstation anywhere in the world.

Race Catcher workstation can serve in another very special capacity. It can be your eyes into the Cloud. It can subscribe and show you the knowledge of the reliability of your cloud applications.

With Race Catcher Workstation, gone is the uncertainty and gone is the worry about not having the visibility into your applications that run somewhere else, somewhere in the Cloud.

And the best part is still to be told: one does not need to be an expert to use it. Instead one automatically become an expert when using it.

The entire technology is designed to work completely automatically.

The user interface explains the program's operation, so even a novice can feel like a programmer.

Gone is the need to reproduce the issue - you will not have to see how a programmer or support engineer comes to a tester and tells the tester that the issue they reported can not be reproduced. The issue is saved by the Race Catcher™ Workstation and is available to be replayed any time, along with its detailed explanation.

When using a Local Race Catcher™ Workstation, the real time knowledge of the reliability of your cloud applications is available to you upon simply entering your Virtual Private Cloud ID and availability zone.

1000 Agents are Less Expensive and More Reliable than 1000 Testers.

Race Catcher Workstation can be self contained, but it can also be an Aggregator or a Publisher. As publisher it provides a service to other Race Cather Workstations.