Mark Baer discusses the legal actions and issues a couple faces when dealing with pets during a separation. 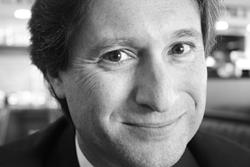 Mark Baer, an award winning mediator and family law attorney (http://www.markbaeresq.com/) realizes that pets have become members of the family in many households and says, “like most battles over custody of children, the underlying motive behind pet custody battles is typically not really about the best interest of the pet, but rather a symptom of the former couple’s unresolved emotional issues with each other.”

Although they are not seen with the same regard as children in a court of law, pets are increasingly being used as pawns in divorces, just as children have always tended to be. While pets are considered property under the law, “the best interest standard used in parenting disputes is increasingly being applied in disputes over pets. As such, parenting schedules are being created, as is pet support,” said Baer.

People are emotional beings, which is why businesses and politicians make a concerted effort appealing to people’s emotions. They’re incredibly effective at getting people to make emotional decisions to purchase items or services they don’t need and to vote against their own best interest.

When family law is involved, warring former couples frequently operate from the mindset of “Hit ‘em where it hurts.” In other words, do or say something to your ex that will upset them as much as possible. If minor children are involved, they tend to fall into that category. Otherwise, it has to do with division of property and when the “property” can’t be cut in half and is considered part of the family, “Bingo!”

Baer believes, “it would really behoove people to work though their underlying emotional issues in mediation, rather than using children, pets and anything else at their disposal to act out against each other.”