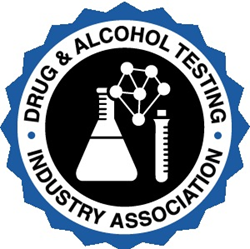 The U.S. Drug Enforcement Administration issued a report on Aug. 12, 2016 affirming the Schedule 1 Controlled Substance classification of marijuana after a scientific and medical evaluation in which the Department of Health and Human Services (HHS) “concluded that marijuana has a high potential for abuse, has no accepted medical use in the United States, and lacks an acceptable level of safety for use even under medical supervision” (U.S. Drug Enforcement Administration).

As conversations ensue worldwide calling for increasing acceptance of marijuana use, the Drug & Alcohol Testing Industry Association (DATIA) finds clear evidence in the report, issued by the U.S. Department of Justice (DOJ), that marijuana is a drug causing impairment inconsistent with workplace safety.

Studies show that employees who use marijuana have 75% more absenteeism, 55% more industrial accidents and 85% more workplace injuries than other employees. Perhaps the greatest negative impact from drug use overall is the economic loss. The U.S. National Institutes of Health (NIH) report that drug abuse costs the U.S. economy $246 billion annually in decreased productivity, turnover, medical costs, increased accidents and absenteeism. In fact, 40% of workplace fatalities are due to substance abuse.

For U.S. states that have embraced broad-sweeping changes in policies related to marijuana legalization, the results have been immediate. Employees testing positive for THC (the psycho-active component of cannabis) rose from the national average of 6% to an alarming 20% in Colorado and 23% in Washington. In fact, there has been an increase for all workplace illicit drug use for the first time in nearly two decades.

Marijuana use affects motor coordination, short-term memory, alters judgement, and in high doses can cause paranoia and psychosis. The workplace is negatively impacted by drug use when safety protocols become jeopardized and machinery or equipment is used improperly. Often the small business owner is the chief victim when costs associated with these risks put their life’s work in jeopardy.

U.S. employers are feeling pressured to cease testing for cannabis due to perpetuated myths about drug testing for THC that must be clarified. While THC is absorbed by the body’s fatty tissues (including the brain), detectable THC in a drug screen indicates that normal functions are compromised.

Regardless of statements in support of drug use, it is not safe for employees to come to work under-the-influence of any substance that compromises workplace safety. Every employer has the right to expect work readiness and to enforce all safety standards in the interest of public health and safety.

About DATIA
Founded in 1995, the Drug & Alcohol Testing Industry Association (DATIA) is a 1,500+ member industry trade association representing the full spectrum of drug and alcohol testing providers including laboratories, collection sites, C/TPAs, BATs, MROs, SAPs, employers, and testing device manufacturers. DATIA’s mission includes working closely with key policy makers to ensure that the interests of the industry are heard and taken into account when changes in drug and alcohol testing rules are proposed. DATIA works to ensure that these provide for safe and effective drug free workplaces. DATIA further works to educate the industry on current standards of service and regulatory policies and procedures.