Nelson Bumgardner has achieved a $22.1 million jury verdict representing Cellular Communications Equipment LLC in a patent infringement case against Apple in the Eastern District of Texas. 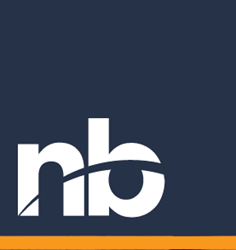 A jury in the Eastern District of Texas has awarded a $22.1 million verdict to Cellular Communications Equipment LLC (CCE) after hearing evidence that Apple willfully infringed on a CCE patent. CCE holds a portfolio of telecommunications patents, many of which pertain to Long-Term Evolution (LTE) technologies. The jury award in this case is the financial consideration due CCE through March of this year for infringement of U.S. Patent No. 8,055,820.

CCE is a subsidiary of Acacia Research Corporation (NASDAQ: ACTG). Also serving as trial counsel for CCE were Caldwell, Cassady & Curry founding partners Brad Caldwell and J. Austin Curry, and Wesley Hill of Ward, Smith & Hill. “The outcome would not have been possible without the hard work and trial court savvy of our co-counsel,” said Mr. Nelson.

Nelson Bumgardner PC is a boutique law firm specializing in technology and intellectual property. The firm provides world-class legal counsel to technology companies, small businesses, and inventors across the United States. The firm is staffed with eleven highly trained intellectual property attorneys experienced in complex litigation, patent and intellectual property disputes, and Patent Office proceedings. The team includes engineers and computer scientists with degrees from top-tier universities, and all of the attorneys have experience with a wide array of technologies, including telecommunications, semiconductors, software, computer security, e-commerce, and medical devices. The firm was founded in 2008 and has offices in Fort Worth, Texas and Orland Park, Illinois. For more information about Nelson Bumgardner PC, visit http://www.nelbum.com.

Case:6:14-CV-00251
Court: US District Court for the Eastern District of Texas, Tyler Division