DocGraph Joins Claudia Williams, Niall Brennan and Jess Kahn in DC to Promote Transparency and Fairness in the Healthcare System 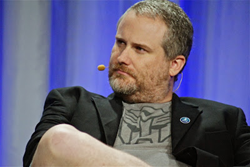 Our work at DocGraph is designed to bring transparency and ultimately fairness to the healthcare system..

The White House Open Data Innovation Summit is an initiative that showcases the power of data in tackling the biggest challenges of our democracy, creating positive change, and strengthening the broader civic community.

“Our work at DocGraph is designed to bring transparency and ultimately fairness to the healthcare system,” says Trotter. “The Obama administration has been committed to the ideal of using open data to improve the healthcare system since the first year of his first term and indeed, many of the open data policy decisions made then are now bearing fruit.”

DocGraph data is used by a range of organizations from small data science companies to big pharma. Commercialized use of this data can be found at sister company, CareSet Systems, where Trotter serves as Chief Technology Officer.

“DocGraph and CareSet are able to partner with HHS generally and CMS specifically to create new data sets, especially around Medicare and Medicaid data sets,” he says. “Being invited to the Open Data Innovation Summit to demonstrate our work on open healthcare data is an acknowledgement that our work at DocGraph contributes to the public good, and that the public-private collaboration that is the basis of the CareSet business model is sustainable in the long term.”

On June 29, 2016 Fred Trotter joined Vice President Joe Biden and other national healthcare leaders today for the invitation only National Cancer Moonshot Summit. The Vice President announced that DocGraph would release an open cancer dataset in the Fall of 2016 to help improve outcomes in treating cancer. The dataset will contain summarized information about almost a million Medicare cancer patients and more than 10 million specific claims events, providing the most accurate picture to date of how cancer is treated by Medicare.

About DocGraph
DocGraph (https://docgraph.com) creates, maintains, and improves open healthcare datasets and is a pioneer in the open health data movement. DocGraph has helped establish a growing community of data scientists, journalists, and clinical enterprises who use open data to understand and evolve the healthcare system.