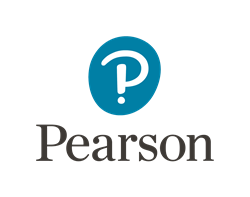 Today, Pearson released the results of its first Adult Learners Survey, measuring the attitudes of adults who are enrolled in or planning to enroll in a degree or certificate program. The poll found that traditional workplace fears of being outsourced or replaced by younger or immigrant labor are giving way to fears about keeping pace with technology.

These new concerns also are driving people to continue their education. Seventy-two percent (72%) of respondents indicated they will need additional education to keep up with advancements in their field, while sixty-nine percent (69%) fear that technological advancements will make their job significantly different within the next five years. Less than half (41%) worry about being replaced by younger workers, less than one third (30%) are concerned their job will fall victim to overseas outsourcing and only one quarter (25%) worry immigrant labor will take their job.

“As the global economy and student population change, it’s clear we need new ways for people to access to higher education,” said Todd Hitchcock, chief operating officer for Pearson Embanet. “Adult students are stretched with their current jobs, along with family and financial commitments. The higher education community needs to look toward online education, certification programs and flexible in-person programs to meet people where they are and in a way that suits their lifestyle or career needs.”

That flexibility is proving to be a key need for adult students. For those enrolled and working toward a degree, less than a third (27%) are pursuing that degree only using in-person courses. The rest are using online only programs or some combination of online and in-person classes. Across current and potential students, two-thirds of those polled (66%) view online program as being as prestigious as traditional degree programs, signaling confidence in the online programs they need.

Among other the key findings in the poll:

Beyond concerns about keeping up with a changing workplace, adult students were also concerned with improving their overall standing in life. For those who have already enrolled in an education program, nearly half (45%) said that improving their earning potential was a primary motivation for returning to school. Thirty-eight percent (38%) said they believed furthering their education would lead to a better life and a quarter (25%) wanted to improve their position at their current job.

Even with the urgency of re-skilling, the cost of returning to school is a major concern for adults, with eighty percent (80%) saying it’s a key barrier to completing their education. Equally important is the time commitment; with around eighty percent (79%) of adults saying the availability of classes to fit their schedules and the length of time needed to complete an education are other barriers.

Four year, public colleges and universities are the preferred place for more than half of adults enrolled and working toward a degree-followed by private four-year institutions and community colleges. For-profit colleges lag far behind as preferred institutions for adult students.

While more than a third of adult learners (36%) said they wanted to advance in their current position, less than fifth of respondents (14%) say they had gotten any advice or information from their employer and half (50%) say lack of approval or support from their employer is a barrier to completing their education. These points all signal that employers are missing an important opportunity to develop their current workforce.

The poll was based on 1,634 online interviews conducted by PSB in late July and early August 2016 with US Adults aged 25-64 who were either enrolled in or planning to enroll in a degree or certificate program.

Pearson is the world’s learning company, with expertise in educational courseware and assessment, and a range of teaching and learning services powered by technology.