Hawks Ready The City For Opening Night Against Wizards With Free Parking And “Pops And Lots” On Oct. 21 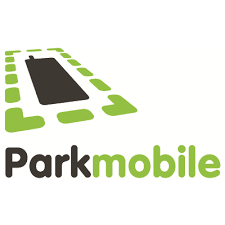 As an Atlanta based company, we are proud to partner with the Atlanta Hawks to get the local fans excited about the new basketball season.

The Atlanta Hawks, King of Pops and Parkmobile want to get fans excited for Opening Night of the regular season with a couple of sweet deals for the city. On Friday, Oct. 21, fans will be treated to both free parking via the Parkmobile app and get a taste of a newly created, Hawks-inspired ice pop just six days before the 7:30pm tipoff at Philips Arena against the Washington Wizards.

“The energy and anticipation entering this season is off the charts. We had an exciting summer, bringing home Atlanta native and eight-time all-star Dwight Howard, and have high expectations for this season,” said Atlanta Hawks and Philips Arena CEO Steve Koonin. “We want to remind our fans and the entire city that they are an important part of the Atlanta Hawks Basketball Club, thanking them in advance for their support. We’re so glad King of Pops and Parkmobile could be a part of this kickoff!”

Popular Atlanta-based King of Pops will debut a new “Hawksicle” frozen treat in honor of the team. The pineapple-lime flavored ice pop will be officially introduced to the city at King Of Pops’ Bar and Good Grub in Ponce City Market. During the noon-hour “Hawksicle” break, fans can grab a complimentary new pop and team swag, while supplies last, as well as meet Harry the Hawk and Hawks cheerleaders.

"We love Atlanta so much, and to get to do something with the Hawks is really special. We're going to try our best to keep things interesting this season, starting with a special Hawksicle," remarked Steven Carse, CEO at King of Pops.

When navigating the city on Friday, Hawks fans can get up to 30 minutes of FREE parking (up to $1 off ) and waive the convenience fee via the Parkmobile app just by using the promo code “HAWKS” anytime on that day. Widely available at more than 15,000 spaces in the area, including City of Atlanta and Ponce City Market among others, locally headquartered Parkmobile is the leading provider for on-demand and prepaid mobile payments for on- and off-street parking. Their services have been adopted in more than 2,000 locations, including 36 of the top 100 cities in the U.S. by 5+ million registered users.

“As an Atlanta based company, we are proud to partner with the Atlanta Hawks to get the local fans excited about the new basketball season. Parkmobile provides an easy way to park for users to find, reserve, and pay for parking and we look forward to providing this convenience to all Hawks fans,” said Jon Ziglar CEO of Parkmobile.

Go to https://gwcc.clickandpark.com to reserve parking for the Oct. 27 Opening Night against the Washington Wizards and any upcoming games.

To learn more about King of Pops visit their website at http://atlanta.kingofpops.com.

Get the free Parkmobile app for Apple, Android and Windows . To learn more about Parkmobile visit http://www.parkmobile.com.