The cloud-based provider of business and forecasting solutions added four data centers across Europe, Australia and the USA to keep pace with increasing market demand for the Vanguard Software platform. 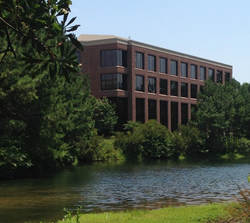 The technology we use to enable data centers around the world to work in concert, and to eliminate the possibility of single-point failure is unique to Vanguard and an achievement that I am very excited about

Vanguard Software announced today the expansion of its cloud network from one data center in North Carolina to five data centers globally. The investment, which adds new sites in Frankfurt, Sydney, Oregon, and Virginia, will improve the performance and reliability of Vanguard’s Integrated Business Planning (IBP) solution for customers worldwide.

“Our new system is designed for maximum speed, fail-safe performance, and a truly elevated customer experience,” said Rob Suggs, CEO of Vanguard Software, which delivers an integrated suite of business forecasting and planning applications. He said the new system works by optimizing usage of available network resources while eliminating the risk of single-point failure.

Unlike most SaaS systems, which store data centrally, Vanguard has created a true mesh network, in which each data center shares in the distribution of data across the network. If one data link on the internet goes down, the system reroutes affected users seamlessly to the next-most-optimal data center where their data is already live -- no need for any intervention.

The process works as follows. Customers log in to their Vanguard planning and forecasting application. The system scans the network and routes each user automatically to the optimum performing data center – that’s based on customer location, as well as current traffic and system usage. While logged in, any changes that customers make to their data are replicated worldwide in seconds.

“This not only ensures no-fail application performance, it enables business users worldwide to collaborate in real-time, regardless of which server or data center they’re using,” Suggs said.

For Vanguard customers, the mesh network reduces the possibility of system failure to the event of all five global data centers failing simultaneously. That, Suggs said, raises the effective reliability of their application to as close to 100 percent as is technically possible. He added that depending on location, the new system will cut latency times for customers by up to 90 percent.

“The technology we use to enable data centers around the world to work in concert, and to eliminate the possibility of single-point failure is unique to Vanguard and an achievement that I am very excited about,” said Suggs. “I look forward to hearing about customers’ first-hand experiences with the new system. We will continue to tune the network and open additional data centers in the near future; so, feedback is invaluable in guiding us.”