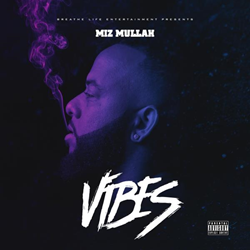 Miz Mullah is currently seeking press opportunities, interviews, features, and more. He can be reached through his official Twitter page.

About Miz Mullah: Miz Mullah is a Latino rap artist that hails from Miami. Formerly known as the artist Breathe Life, he has always been a huge fan of music and works hard to set himself apart from competition. Making music was a hobby for him until DJ Laz from Power 96 played a jingle he did for the Starburst brand that ended up playing nationwide. Along with performing shows, Miz Mullah also participates in local talent showcases. He has opened up for Kevin Gates, Sean Price, and Young Dolph to name a few. He is co-owner of the Kush Cowboys Vintage Clothiers which he is working to grow along with his music career. The mixtape “Vibes” is available now for download everywhere.