Pomegranate’s 70 bed secure residential inpatient center for psychiatry and 20- bed acute hospital for teens age 12-17 has been sold to Sequel Youth and Family Services, Inc. a national provider with some 43 programs catering to the needs of youth and families. 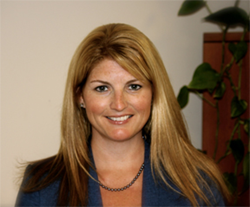 “Joining Sequel will be a good fit for us as they bring expertise and infrastructure to us as we continue to grow to meet the needs of Ohio’s youth and families-and beyond,’ said Nickell.

Pomegranate was built in 2008 and completed a residential expansion to 70 beds late fall of 2014 and a previous expansion of its acute hospital to 20 beds in 2013. The 54,000 square foot inpatient psychiatric facility has been consistently at capacity before and since. “Joining Sequel will be a good fit for us as they bring expertise and infrastructure to us as we continue to grow to meet the needs of Ohio’s youth and families-and beyond," said Nickell.

Tom Kenny, Regional Vice President explained, "Sequel is a privately-owned company founded in 1999 that develops and operates programs for people with behavioral, emotional or physical challenges. The company expanded to 43 programs located in 17 different states with nearly 4000 employees, literally coast-to-coast. They also don’t acquire just anybody. This is strategic." Kenny and VP HR Roy Day were on hand to meet and greet Pomegranate associates gathered in the cafeteria to receive Sequel windbreakers at receptions for all three shifts. The company will keep the existing Pomegranate name and logo as it becomes, Sequel Pomegranate.

Day told the team that there wasn’t a big top heavy corporate facility, just a resource-support center in Huntsville Alabama, and that each site functions as an individual corporate office. "You’re not just joining Sequel; we’re joining Pomegranate. You do some very challenging and amazing work. You should be proud of yourselves," he said.

Pomegranate is licensed and certified by The Ohio Department of Mental Health and Addiction Services and accredited by The Joint Commission on Hospital Accreditation. It is a member of The Ohio Hospital Association, OACCA-Ohio Association of Child Caring Agencies and BBB Central Ohio.