Inside The Mind Of A Politician: New Study Reveals Values of Aspiring Politicians

A new study by Queendom.com and PsychTests.com compared the value system of would-be politicians to people who do not have political interests. 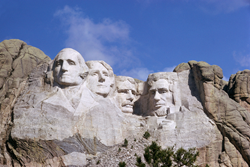 Washington was admired for his integrity, Lincoln his morality, and Roosevelt his indomitable spirit.

Weaker politicians falter, and use their power to pursue their own interests.

At least some of the people who decide to pursue a political career do so out of a desire to initiate change. They’ve faced or witnessed injustices that they want to end, or have grown tired of the ineptitude of their current representative or government. However, it goes without saying that a hunger for power and attention also plays a role.

Researchers at Queendom and PsychTests analyzed data collecting from their Values Profile, focusing specifically on people who indicated that they are interested in pursuing a career in politics. According to their study, politically minded people tend to possess the following values:

(Note: Scores run on a scale from 0 to 100; the higher the score, the more important the value).

People with this value thrive on projects that allow them to express their creativity. They hunger for the freedom to generate new and original ideas and solutions. They’re resourceful and imaginative.

People with this value are more idealistic than realistic. They have an unconventional way of thinking, which sometimes gives people the impression that their ideas are not grounded.

People with this value have an insatiable desire for knowledge, and frequently seek out opportunities to expand their intellectual horizons. They enjoy learning for the pure pleasure of it.

People with this value believe that it is essential for the world to continue to progress and advance new theories, ideas, and inventions. They believe that relying on outmoded ways of thinking or maintaining the status quo is limiting, not to mention risky.

People with this value recognize the value of money as a necessary tool for everyday living and for assuring their future. They prefer to avoid getting into extreme ventures that put their financial stability at risk.

People with this value want to be able to achieve great things, and are often on the lookout for opportunities to prove themselves, at least in their own eyes. They want to do or create something they can be proud of.

At first glance, these values are likely to appear appropriate, if not ideal, in people who desire to lead a country. However, there are other values that the politically oriented group considers important:

People with this value are not comfortable being in a subordinate position. They want the power to influence others and make an impact on the world. They want to be the ones to make the decisions and dictate how things are to be done.

People with this value consider their career their main focus, which means that other priorities, like social relationships, take a backseat. They take pride in their professional accomplishments, or at least want to be able to say as much when they look back on their career. They also tend to be workaholics.

People with this value enjoy showing others what they are capable of. They are not afraid to go after what they want, even if it means stepping on a few toes along the way. They hate to lose and can actually be a little over-competitive.

People with this value want to feel appreciated. They covet tangible signs that people are grateful for their input and hard work, whether through praise, rewards, or the like. To be remembered for their achievements would be in itself the ultimate accomplishment.

“We cannot fault politicians for wanting to build a career that offers them security and gives them an opportunity to do something of value with their life – it’s what most people would want, whether they have political interests or not,” explains Dr. Jerabek, president of PsychTests. “But when you throw in a hunger for power and status, things can get rather messy. A strong politician knows how to wield authority to the benefit of others. He or she can shoulder the responsibility that power entails. It’s the weaker politicians who falter, who use their power to pursue their own interests. When every move you make is judged by millions of people who will condemn you if you take one step out of line, you better have someone strong at the helm with a good head on his or her shoulders. Wouldn't it be great if politicians had to take a personality test, and then post their results for the world to see? I want to vote for the real person, not the one who hides behind smiles and empty promises.”

For a value assessment, check out http://www.queendom.com/tests/take_test.php?idRegTest=3619

When trying to decide who to vote for, it’s a good idea to know what a politician values.A desire for knowledge and an interest in innovation are great values in a presidential candidate - but some values, like a hunger for power, can be detrimental.