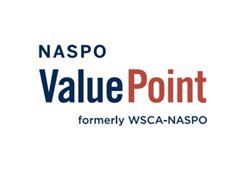 Through this award, and the access granted to state, local and regional governments, we have opened the doors to faster competitive bids with literally thousands of new customers

Pondera Solutions (Pondera) announced today that it has been awarded through Quest®, a contract vehicle with NASPO ValuePoint to make Fraud Detection as a Service (FDaaS®) software accessible at discounted, pre-negotiated rates to departments and agencies with state, regional, and local governments in all 50 States and the District of Columbia. The National Association of State Procurement Officials ValuePoint (NASPO ValuePoint) Master Agreement Awards made by the State of Utah permit any state, local government or public educational organization with a signed Participating Addendum with Quest to purchase fraud detection services provided by Quest and powered by Pondera. NASPO ValuePoint’s objective is to obtain best value, and achieve more favorable pricing than what is obtainable by an individual state or local government entity because of the collective volume of potential purchases by numerous state and local government entities.

“Through this award, and the access granted to state, local and regional governments, we have opened the doors to faster competitive bids with literally thousands of new customers,” said Jon Coss, Pondera Chief Executive Officer. “We’re proud to partner with Quest, who provides enterprise-class IT services, to make our fraud detection software available to any government department in the country.”

Issued by the state of Utah, government departments and agencies can procure Pondera and Quest’s FDaaS offering through the NASPO ValuePoint Master Agreement, a unified, nationally focused cooperative aggregating the demand of all 50 states, the District of Columbia and the organized US territories, their political subdivisions and other eligible entities spurring best value, innovation and competition in the marketplace. The NASPO ValuePoint leverages the leadership and expertise of all states with the purchasing power of their public entities to deliver best value, reliable, competitively sourced contracts.

Pondera's FDaaS is a trademarked, Google-powered, cloud-based, analytics solution that analyzes claims and program participants, quickly sifting through massive data sets to identify and alert agencies to problems that require follow up investigation. FDaaS is seen as a super investigator that combines technical intelligence with agency data to quickly identify potential fraud. Because FDaaS uses machine learning and geospatial technology, it also continues to learn over time, uncovering new and emerging methods of fraud.

Quest is a worldwide leader in technology management offering a portfolio of Professional, Cloud, and Managed Services. Either on-site or from one of over 25 secure global Service Delivery Centers, Quest offers Security, Disaster Recovery, Business Continuity, Data Backup and Replication, Desktops as a Service, and Infrastructure as a Service. Quest is listed on the most current Solution Provider 500 list. Quest is a registered trademark of Quest Media and Supplies, Inc.