Modern Day Machiavellians: New Study Looks Into The Dark Side of Empathy

A new study by Queendom.com indicates that empathy skills are a double-edged sword for individuals with a “Machiavellian” personality, making them more effective in using their understanding of human emotion to manipulate and deceive. 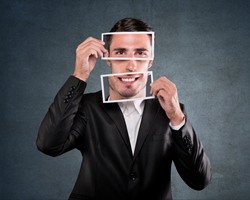 Not only are Machiavellians deceptive and manipulative, they are also quite empathetic.

Machiavellians have an amazing ability to read people, to understand their feelings, reactions, and motivations, and to use this knowledge against them.

Empathy is said to precede compassion or acts of kindness, but the ability to understand the feelings of others can also be used with ill-intent. Machiavellianism, one of the three “Dark Triad” traits, is characterized by the tendency to manipulate and deceive others for personal gain.

Although individuals with a Machiavellian personality possess a number of other toxic traits, a study conducted by Queendom.com also reveals that they also have a great capacity for empathy – even more so than non-Machiavellians.

Analyzing data from 997 people who took their Integrity and Work Ethics Test, researchers at Queendom discovered significant differences between Machiavellians and non-Machiavellians on a number of traits, including the following:

Machiavellians are skilled at picking up on other people’s emotions. They have a good understanding of human nature, and can identify other people’s fears and desires.

Machiavellians can influence people to achieve their own ends by preying on others’ weaknesses or toying with their emotions.

Machiavellians will lie or misrepresent facts and information in order to deceive others. They will only reveal the truth if it suits their purpose (e.g. to gain favor with someone; to pit two people against each other, etc.).

Being opportunistic, Machiavellians will immediately seize the chance to take advantage of a situation or a person (especially if that person is vulnerable). Every move and decision they make is carefully planned, like a play in chess. Machiavellians will only help others if it benefits them in some way.

Machiavellians crave status and power and the respect that comes with it. They will do anything to achieve a position of authority, and even more so to keep it. Machiavellian-type leaders are more likely to use fear (e.g. firing ultimatums) to keep employees in line.

Not only are Machiavellians more likely to hold grudges, they are unlikely to let slights or transgressions committed against them to go unpunished. They may even go out of their way to get back at someone who wronged them.

Machiavellians tend to dislike overly emotional people, and often interpret a lack of emotional discipline as a sign of weakness.

Machiavellians have little sympathy for people who don’t think for themselves and who believe everything they hear. And given their opportunistic nature, Machiavellians are likely to take advantage of people who can be easily fooled.

Machiavellians often take pleasure in seeing others fail, especially if it’s an enemy. They feel vindicated when someone who has allegedly wronged them in the past gets a taste of their own medicine.

“Machiavellians know how to play people. They can tug at the heart-strings and stab someone in the back without thinking twice if it means advancing their own agenda,” explains Dr. Jerabek, president of PsychTests, the parent company of Queendom. “And although Machiavellians only scored 6-points higher than non-Machiavellians on empathy, the results are statistically significant. In fact, Machiavellians scored higher on the Empathy scale than they did on Manipulation and Deception, two core traits of this personality profile. This is what allows Machiavellians to influence and deceive people so successfully: They have an amazing ability to read people, to understand their feelings, reactions, and motivations, and to use this knowledge against them. Normally, empathy allows us to put ourselves in the shoes of others, and it typically leads to compassion. However, Machiavellians empathize purely to gain information that puts them at an advantage; they empathize without internalizing the feeling, kind of in a depersonalized way. For individuals with this personality profile, the end always justifies the means."

Want to assess your level of honesty and integrity? Go to http://www.queendom.com/tests/take_test.php?idRegTest=3976

Deceitful and manipulative are perfect descriptions of Machiavellians – but empathetic? Sad but true.Certain negative traits, when combined with empathy, can make the ability to empathize a weapon.