Marijuana Use Among Older Americans is Up, Concern About Use is Down 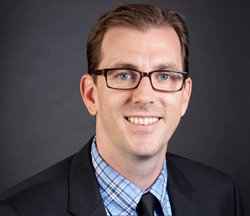 "We see clear and compelling evidence that a substantially greater proportion of middle-aged and older adults in the United States are using marijuana," Salas-Wright said. "This finding is consistent with a growing number of studies looking at trends in marijuana use among older Americans."

The study used nationally representative data from the National Survey on Drug use and Health collected annually between 2002 and 2014. Analyses are based on self-report questions about past 12-month marijuana use posed to 46,600 middle-aged (ages 50-64) and 29,418 older adults (ages 65 and older).

Consistent with prior research, the authors also found that marijuana users are, in general, more likely to take part in other risky behaviors and get arrested. Interestingly, however, study findings indicate that the increase in marijuana use among middle-aged Americans was driven not by those involved in other risky or deviant behaviors, but primarily by those reporting no use of other illicit drugs and no criminal justice system involvement. The authors also observed that, perhaps due to changes in marijuana laws across the country, older marijuana users are now less likely to be arrested for marijuana possession than was the case in the early 2000's.

"It is hard to say for certain, but it seems that, as marijuana use has become more normative and tolerated, it has, to some degree, become less of a deviant behavior," Vaughn said. "This may be why we're not seeing the same associations with risky behavior and criminal justice system contact among older Americans who use marijuana as we used to."

Click here to read the report, "Trends and Correlates of Marijuana Use Among Late Middle-Aged and Older Adults in the United States, 2002–2014," in full.