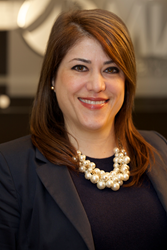 Colombians love Miami because it’s multicultural, multilingual, modern and has one of the world’s fastest growing urban cores

“Colombia is a major market for Miami real estate,” said Lynda Fernandez, MIAMI’s senior vice president of public relations & international. “Miami is home to the largest concentration of Colombians in the United States, and Colombians purchase the third-most Miami real estate among foreign countries. Colombians love Miami because it’s multicultural, multilingual, modern and has one of the world’s fastest growing urban cores.”

Miami Real Estate: A Safe Investment
Miami-Dade County has the largest concentration of Colombian natives in the country, with 114,701 living in the area, according to the 2010 U.S. Census. Broward County (66,517) and Palm Beach County (22,980) rank third and fifth, respectively.

Colombian home buyers tied with Argentinians in purchasing the third-most Miami real estate among foreign countries, according to the 2015 Profile of International Home Buyers in Miami Association of Realtors Business Areas. Colombia registered 10 percent of all foreign South Florida transactions, according to the survey conducted by MIAMI and the National Association of REALTORS. Only Venezuelan (13 percent) and Brazilian (12 percent) buyers purchased more.

Colombians moving to South Florida are often upper-middle-class families who want to enjoy their prosperity earned in their homeland as professionals and entrepreneurs. Colombians spend the second-most on South Florida property among foreign buyers. The $516,000 average purchase price of Colombians tied with Argentina and only trailed Brazil ($766,000), according to the 2015 survey.

Colombia’s interest in Miami is only increasing. Colombia is the top international country using MIAMI’s search portal, http://www.Miamire.com. Colombia posted the most property web searches in September and has led the MIAMI rankings for 10 consecutive months.

Miami provides Colombians and all foreign home buyers safety of investment that they don’t typically see in their respective homelands. The U.S. has a trustworthy legal system, which places importance on property rights.

Colombians will continue relocating to the Gateway of the Americas because Miami offers world-class condominiums with oceanfront views, a vibrant downtown, brand-name shopping and a soccer-friendly environment. Miami is the site of major international soccer matches, a proposed Major League Soccer stadium by soccer legend David Beckham and boasts a growing community of rooftop soccer amenities. Rooftop soccer is popular in Colombia.

Miami: A Cultural Draw
Colombians are just one segment of Miami’s diverse community, which continues to expand and diversify. Miami is the second-most international city in the United States (behind only Los Angeles) with 51 percent of its residents foreign born, according to U.S. Census Bureau data.

About the MIAMI Association of REALTORS®
The MIAMI Association of REALTORS® was chartered by the National Association of Realtors in 1920 and is celebrating 96 years of service to Realtors, the buying and selling public, and the communities in South Florida. Comprised of six organizations, the Residential Association, the Realtors Commercial Alliance, the Broward Council, the Jupiter Tequesta Hobe Sound (JTHS) Council, the Young Professionals Network (YPN) Council and the award-winning International Council, it represents nearly 45,000 real estate professionals in all aspects of real estate sales, marketing, and brokerage. It is the largest local Realtor association in the U.S., and has official partnerships with 160 international organizations worldwide. MIAMI’s official website is http://www.miamire.com