A new agreement between ispace and JAXA marks the beginning of Japan’s first initiative for the development and creation of a space resource industry. 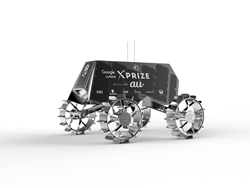 With strong support from our government and our new partnership with JAXA, ispace will strive to lead the space resource development industry both nationally and internationally

ispace, inc, a private lunar robotic exploration company, announced today that it has signed a Memorandum of Understanding (MOU) with the Japan Aerospace Exploration Agency (JAXA) to jointly create a roadmap for lunar resource development. Under this agreement, both parties will utilize their knowledge and network to develop plans and frameworks for creating an industry around lunar resource mining, delivery and utilization.

Based in Tokyo, Japan, ispace inc. is working to develop a lunar mining business to cultivate the space resource market. The space industry is estimated to reach a value of 90 billion US dollars in 2030 and the resource market is predicted to be at its core.

ispace currently manages the front running Google Lunar XPRIZE team, HAKUTO. Next year the company will send a rover to the Moon to demonstrate its micro-robotic technology for lunar exploration. In the next decade, ispace plans to establish a high-frequency transportation service to the Moon and conduct exploration missions to map lunar resources. In the long term, the company plans to deliver extracted and processed resources to customers on and around the Moon.

“Space resource development is attracting a great deal of attention around the world” said Takeshi Hakamada, the founder and CEO of ispace. “We think it is important to actively participate in the rule-making and commercialization while we are technologically competitive globally with our HAKUTO project.”

In this agreement, ispace and JAXA will consider the following three points in creating a lunar resource development industry:

2. Role allocation between public and private sectors for R&D activities and public procurement, as well as building of a national and an international framework needed for industry creation.

3. Considerations for other necessary actions, including the expansion of relevant consortiums

Today’s agreement with JAXA marks the beginning of Japan’s first concrete action for the development and creation of the space resource industry, with a focus on lunar resources.

“With strong support from our government and our new partnership with JAXA, ispace will strive to lead the space resource development industry both nationally and internationally.”

About ispace, Inc.
ispace is a space robotics company focused on developing miniaturized technology to discover, map, and utilize resources in space. ispace designs, manufactures, and manages robotics for Team Hakuto, a front running Google Lunar XPRIZE team. ispace and Team Hakuto are sending the first privately developed micro-rover to the Moon in 2017 in an attempt to win the $20M XPRIZE and conduct preliminary prospecting activities. For more information, please visit: http://ispace-inc.com/

About JAXA
The Japan Aerospace Exploration Agency (JAXA) is designated as a core performance agency to support the Japanese government's overall aerospace development and utilization. In 2013, to commemorate the 10th anniversary of its founding, JAXA created the corporate slogan, "Explore to Realize," which reflects its management philosophy of utilizing space and the sky to achieve a safe and affluent society. JAXA became a National Research and Development Agency in April 2015, and took a new step forward to achieve optimal R&D achievements for Japan, according to the government's purpose of establishing a national R&D agency. For more information, please visit http://global.jaxa.jp/

About Team HAKUTO
Team HAKUTO, run by the Japanese startup ispace technologies Inc., is the only Japanese team competing for the Google Lunar XPRIZE. The team is comprised of various members including: the members of ispace, Tohoku University, and Pro-Bono experts from various fields. HAKUTO was awarded a Mobility Milestone Prize from Google Lunar XPRIZE in January 2015. For more information, please visit http://team-hakuto.jp/en/ or @team_hakuto_en.

About the Google Lunar XPRIZE
The $30M Google Lunar XPRIZE is an unprecedented competition to challenge and inspire engineers and entrepreneurs from around the world to develop low-cost methods of robotic space exploration. To win the Google Lunar XPRIZE, a privately funded team must successfully place a robot on the Moon’s surface that explores at least 500 meters and transmits high-definition video and images back to Earth, before the mission deadline of December 31, 2017. For more information, please visit http://lunar.xprize.org/ or @GLXP.