Carnegie Council's January Events, Live and Online: Tom Friedman on "Thank You for Being Late" and Guy Verhofstadt on "Europe's Last Chance" 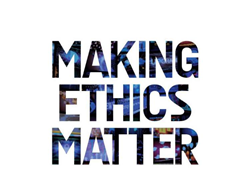 Carnegie Council is one of the world's top creators of nonpartisan educational resources on international ethics, used by professionals, journalists, educators, students, and the greater public.

Carnegie Council for Ethics in International Affairs announces its January 2017 current affairs programs, which are open to the public.

All talks take place in the Council's headquarters in New York City and are streamed as live webcasts.

To attend in person, please RSVP. Go to: https://www.carnegiecouncil.org/calendar/upcoming.html.

If not attending in person, watch them as live webcasts here: http://www.carnegiecouncil.org/live.

Thank You for Being Late: An Optimist's Guide to Thriving in the Age of Accelerations
Thomas L. Friedman, "New York Times" and Best-Selling Author
January 11, 8:00am ET
From massive leaps in technology to the acceleration of climate change, the workplace, politics, and ethics are all going through tectonic shifts. Why is this happening? And how can we find the value in "being late," or pausing to appreciate this amazing epoch we're passing through?

Europe's Last Chance: Why the European States Must Form a More Perfect Union
Guy Verhofstadt, European Parliament and Former Prime Minister of Belgium
January 24, 6:00pm ET
From the wave of migration to Brexit, Europe is caught in its greatest series of crises since the Second World War. How can it survive? What are the consequences of a divided Europe, on both sides of Atlantic? Could a United States of Europe, patterned after the American federal system, be a realistic solution?

Founded by Andrew Carnegie in 1914, Carnegie Council for Ethics in International Affairs is an educational, nonprofit, nonpartisan organization that produces lectures, publications, and multimedia materials on the ethical challenges of living in a globalized world. Go to https://www.carnegiecouncil.org/index.html.