Chinese-based global award recognizes Steltenpohl for social responsibility and leadership for his founding and stewardship of Califia Farms, one of the fastest-growing natural food and beverage companies; other award recipients included Tesla, Hilton, Volkswagen and the Los Angeles Community Foundation 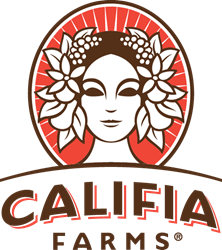 I believe that China and America have much in common, and to build a safe global food system for the future, cooperation and integration along the supply chains of these two great producing countries is vital.

Califia Farms founder and CEO Greg Steltenpohl has been named the 2016 Entrepreneur of the Year by the prestigious Huade Awards for his commitment to social responsibility. The award was presented by the Global Talent Media Group to Steltenpohl at a special public ceremony December 14th in Los Angeles. Steltenpohl was recognized for his lifetime accomplishments and visionary leadership of Califia Farms, one of the fastest growing food and beverage companies in the U.S. Califia has been a significant leader in helping drive the wave that has seen plant-based beverages and healthier coffee beverages achieve significant consumer adoption. The Huade award is the business version of the well-known Huading Entertainment Awards, which are considered one of the most influential cultural events in China. This ceremony was their inaugural presentation of the business awards in the US.

“Thank you very much for this award. I accept it on behalf of all the employees, suppliers, vendors, and customers who have helped to make our products among the best,” Steltenpohl said upon accepting the award. “I believe that China and America have much in common, and to build a safe global food system for the future, cooperation and integration along the supply chains of these two great producing countries is vital. A future connection between plant-based Califia Farms and Asia is likely, given that the majority of the Asian population is lactose intolerant. I look forward to our additional efforts to reach out to China and help form the food system of the future, one that will be safe and healthy for the next generations.”

The China-based Huade Awards were founded in 2007 with a mission of “social responsibility” and are committed to promoting the construction of enterprise social responsibility and encouraging the integration and impact of ethics in Chinese and global business practices. Other Huade Award recipients were Tesla, Blue Focus International, Hilton, Volkswagen and the Los Angeles Community Foundation, and attendees included Lee Myung-bak, the former President of The Republic of Korea; US Congressman Eliot Engel, Zheng Hong and Dick Cook, the former President of Walt Disney Pictures Company.

Named “Brand of the Year” by BevNet, Califia Farms is known for its sustainability mission, beautiful packaging and great-tasting, plant-based innovative products that are leaders in the natural channel, including Almondmilks, Creamers and Cold Brew Coffees, as well as citrus juices and Aguas Frescas. In addition, Califia was dubbed one of the 25 most innovative consumer brands by Forbes.com’s CircleUp25 in 2016.

As a serial entrepreneur, Steltenpohl has a 25-year history of creating future trends by inventing hundreds of unique beverages while building great team cultures that challenge the status quo of the institutional food system with his innovations and commitment to sustainability. He continues his ongoing mission of sustainable nourishment at Califia Farms, innovating plant-powered foods that are both delicious and nutritious while driving retail adoption by millions of consumers with a significant positive impact on the environment.

In addition to the Huade Entrepreneur of the Year award, among the accolades Steltenpohl has received for his leadership of Califia Farms are the Specialty Foods 2016 Business Leadership Award, induction into the Specialty Food’s Hall of Fame and being named one of BevNet’s 2016 Big Shots: Power Punchers. For the second year in a row, in 2016, he was named one of the Top 50 Disrupters (#27) in the beverage industry for “giving the category a jolt of innovation” and being “well-positioned to lead the growing almond milk category.”

About Califia Farms (pronounced “Cal-ah-FEE-yuh”)
Founded in 2010 and headed by beverage visionary Greg Steltenpohl, Los Angeles-based Califia Farms is one of the fastest-growing natural beverage companies in the U.S. Inspired by Queen Calafia, the mythical namesake for the state of California, Califia Farms is leading the way in the plant-based food and beverage revolution, creating innovative, healthy and great-tasting premium beverages that make it easy for consumers to go ‘plant-powered’ and live dairy-free, without compromise. The company also leads the next wave of coffee innovation and is the best-selling cold brew coffee brand in the natural channel. In 2015, Califia Farms was named “Brand of the Year” by BevNet, and a “Breakout Brand” by Beverage World.