Average Person Touches Their Smartphone at Least 2,617 Times Each Day 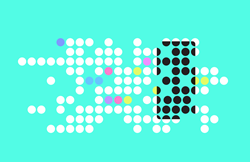 By squandering our two most precious personal resources—presence and attentiveness—have designers inadvertently created a tech version of Oxycontin?

dscout, a research software producer and consultancy whose clients include Google, Microsoft, and Intel, released a report this week revealing the average person touches their smartphone at least 2,617 times each day, or nearly one million times each year. The study, which also reported unexpected behaviors around popular smartphone apps, is at http://blog.dscout.com/mobile-touches. A free downloadable PDF is also available.

“That little screen is always nearby. Each of us feels the pull, and it’s hard to dimensionalize,” said dscout CEO Michael Winnick, who founded dscout in 2012 as a spin-off from Chicago-based innovation firm gravitytank. “How much are we really attached to our phones physically, cognitively… emotionally? As people nerds, we wanted to understand that pull. What we learned was simultaneously expected and astonishing—and a little bit sad.”

By tracking touches instead of time, the study aimed for a more tangible way to dig into the habits of smartphone users—now estimated at 70 percent of the U.S. adult population. Other surprising facts found in the report include:

“As product teams go about solving our problems and working really hard to engage us, they become masters at hijacking our time and our touches.” Winnick said. “By squandering our two most precious personal resources—presence and attentiveness—have designers inadvertently created a tech version of Oxycontin?”

dscout used proprietary software to track every tap, swipe, and click on every study participant’s phone, 24 hours a day, for five days. The study also highlights the activity of super users: the top 10 percent, who exceed 200 sessions and 5,000 discrete interactions each day.

“Aside from breathing, blinking and other autonomic functions, it’s arguable that touching my phone is the thing I’ve done the most … ever,” Winnick said, after calculating his own lifetime smartphone use at 13 million touches. “Writing that just made me cry a little,” Winnick added in a recent editorial, found here: http://blog.dscout.com/i-phone.

About dscout:
dscout offers a web platform and mobile app that helps all the top Silicon Valley and Seattle-area tech companies, including Google, Microsoft, and Intel—as well as the biggest progressive retail, design, and consulting companies--to pinpoint how users experience their products, services, and brands. The dscout platform enables qualitative text, image, and video research responses within a quantitative framework that gives product, UX, research, and marketing leaders the data and insights they need to identify, analyze, and understand moment-to-moment experiences that influence their customers.