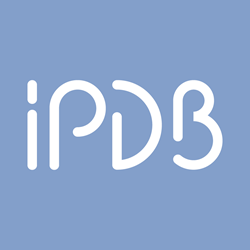 We are building IPDB to make sure the world computer is accessible to everyone.

BigchainDB announced today the launch of IPDB, an internet-scale blockchain database for the world.

IPDB—the Interplanetary Database—is the database for the emerging decentralized world computer. IPDB is a blockchain database that offers decentralized control, immutability and the creation and trading of digital assets. It will be overseen by the not-for-profit IPDB Foundation.

As a database for the world, IPDB offers decentralized control, strong governance and universal accessibility. IPDB relies on “caretaker” organizations around the world, who share responsibility for managing the network and governing the IPDB Foundation. Anyone in the world will be able to use IPDB.

To date, 13 organizations have been confirmed as founding caretakers, including the Internet Archive, IPFS (Protocol Labs), Blockstack, ConsenSys, OpenMedia, Eris Industries, Tendermint and UnMonastery. More caretakers will be announced in the coming weeks. At least half of the caretakers will be not-for-profit organizations, and to prevent re-centralization fewer than half will be based in any one country. All of the caretakers share a commitment to building an open, decentralized internet.

“We are planning for a serverless world,” said Trent McConaghy, CTO of BigchainDB, whose technology powers IPDB. “IPDB’s focus on governance and transparency combined with BigchainDB’s technology offers a pragmatic approach for decentralization today, with a plan for even greater decentralization in the future.”

The announcement was made at BlueYard Capital’s Decentralized & Encrypted event in Berlin. There is a growing movement to decentralize the web, as seen in events like this and the Internet Archive’s Decentralized Web Summit in San Francisco on June 8, of which McMullen is a co-organizer. The event will feature workshops and high-profile speakers who are collaborating to build a decentralized web.

For the technical characteristics of IPDB, please refer to the BigchainDB whitepaper which can be found at https://bigchaindb.com/whitepaper.