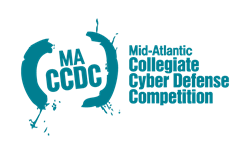 We give them real-world scenarios, real-world equipment, and throw some of the best ‘bad guys’ in the world at them to see how they can handle the challenge.

Students from eight Mid-Atlantic universities will compete to protect simulated financial institutions in the Mid-Atlantic region from a cyber-attack during the 2016 National Cyberwatch Center Mid-Atlantic Regional Collegiate Cyber Defense Competition (CCDC). The competition will be held at the Johns Hopkins University Applied Physics Laboratory (APL) in Laurel, Md., from March 31 to April 2.

The Mid-Atlantic CCDC is designed to give students the chance to apply classroom theory and skills to defend against real-time targeted cyber-attacks, led by professional security testers, in a controlled, scored setting. Each competition revolves around a simulated scenario – based on real-world systems such as transportation and elections – that demonstrate the effects various types of cyber-attacks.

This year’s challenge is “Operation Cyber Bailout”: Competitors will confront a mock Hackistan Army of Liberation (HAL), portrayed by cybersecurity professionals. The HAL plans to disrupt critical infrastructure by targeting information technology operations of simulated financial institutions. The student teams will plan how to defend the institutions – and keep them operating – during the three-day long electronic assault.

“The scenario for this year’s competition is one that cybersecurity professionals face every hour of every day, and it’s one of the reasons that the Mid-Atlantic Collegiate Cyber Defense Competition is such a respected testing ground for these students,” said Lewis Lightner, director of the Mid-Atlantic CCDC, based at Prince George’s (Md.) Community College. “We give them real-world scenarios, real-world equipment, and throw some of the best ‘bad guys’ in the world at them to see how they can handle the challenge.”

The event will take place over the course of three days. The CCDC kicks off on Thursday, March 31 with a job fair featuring government agencies and private firms. The two-day competition begins on Friday, April 1. On Saturday, April 2, there will be high school cybersecurity fair and expo to learn about cybersecurity as a field of study and as a career. The entire three-day event is free and open to the public.

This year’s Mid-Atlantic CCDC will feature teams from: