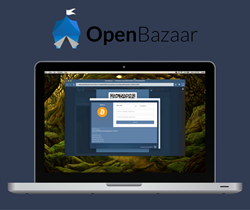 Prior to the company’s Shifty Button integration, OpenBazaar was only available to those who had Bitcoin to deposit. Sellers can now accept dozens of digital assets.

Today ShapeShift.io, a blockchain asset exchange platform, has partnered with online bitcoin-enabled marketplace OpenBazaar via their integration of the ShapeShift Shifty Button. This integration allows OpenBazaar shoppers to purchase items from the decentralized, peer-to-peer site with Ethereum, Zcash, Ripple and dozens of other leading digital currencies beyond Bitcoin.

OpenBazaar, which launched in April 2016, is an open source project with the goal to create a decentralized network for peer-to-peer online commerce using bitcoin. The platform allows buyers and sellers of goods to directly create shops and sell goods without fees, restrictions or accounts. Prior to the company’s Shifty Button integration, OpenBazaar was only available to those who had Bitcoin to deposit. Sellers can now accept dozens of digital assets.

“Enabling users to pay for OpenBazaar purchases with bitcoin and dozens of other cryptocurrencies was always something we wanted to do and ShapeShift enabled us to do that quickly and easily,” said OpenBazaar CEO and Project Lead Brian Hoffman. “Our community has been very eager for this feature and we’re happy to be able to provide it through a great partner.”

The ShapeShift Shifty Button provides websites the option of accepting dozens of leading digital currencies by generating an easy-to-implement snippet of code. The Button’s code is free and open source and has been integrated by dozens of bitcoin-friendly merchants to broaden customer payment needs quickly and easily.

“We feel a distinct kinship with the OpenBazaar project, both companies foster permissionless exchange between anyone, anywhere on Earth,” said ShapeShift CEO and Founder Erik Voorhees.

As one of the most talked about commerce projects in the blockchain space in 2016, OpenBazaar took home three of five awards during the 2016 Blockchain Awards in New York City in May including ‘Best New Startup,’ ‘Bitcoin Champion of the Year’ and ‘Most Promising Consumer Application.’ They announced $3 million in new funding this month, led by BlueYard, a Berlin-based VC, with participation from Andreessen Horowitz and Union Square. The integration with ShapeShift follows the pattern of connections being rapidly formed between “fintech” companies as they innovate within the new payments and digital money industry.

ShapeShift is a crucial piece of infrastructure in the world of Bitcoin. From start to finish, users can exchange blockchain tokens in seconds, with no account required. No emails or passwords. No lengthy sign­up process. No accounts. No bid and ask orders. No friction. ShapeShift's goal is the fastest, safest, and most convenient way to swap digital assets. See more at: https://shapeshift.io

OpenBazaar is an open source project to create a decentralized network for peer to peer commerce online—using Bitcoin—that has no fees and no restrictions. It’s a different way to do online commerce. Instead of visiting a website, you download and install a program on your computer that directly connects you to other people looking to buy and sell goods and services with you. This peer to peer network isn't controlled by any company or organization - it's a community of people who want to engage in trade directly with each other. Learn more here: https://openbazaar.org/