New Survey: Majority of Britons Do Not Think Islam is Compatible with British Values 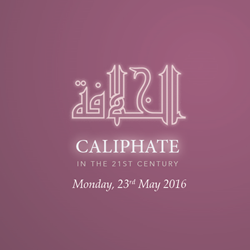 The focus in the media on extremism, and linking any type of violence or crime by Muslims to Islam, has skewed public perception so that they believe Islam condones or encourages violence and extremism

Nearly three-quarters (72%) of British adults think that most people in the UK have a negative view of Islam and three in five (63%) Britons over the age of 65 who have heard of the caliphate believe that the idea of an Islamic Caliphate is incompatible with Western values.
A new study conducted by ComRes on behalf of Ahmadiyya Muslim Community UK made public today also reveals:

The study carried out on behalf of the Ahmadiyya Muslim Community in the UK is revealed today at a major conference in Kensington on ‘Caliphate in the 21st Century’. The Ahmadiyya Muslim Caliphate spans over a century – and for the past 30 years, the Caliph of the community has resided in London.

The conference will address what is meant by Caliphate and how can it be relevant to this age.

Details of the survey specifically commissioned by the Ahmadiyya Muslim Community on British attitudes to Caliphate will be shared at the Conference.

The survey was carried out in April by ComRes who interviewed 2,012 British adults online between the 22nd and 24th April 2016. Data were weighted by age, gender, region and socio-economic grade to be representative of all adults in Great Britain aged 18+.

The survey reveals wide disparities between how the young and old perceive Islam, and 42% of British adults said they had never heard of a Caliphate. Of those that had heard of the Caliphate, the top words and phrases of those tested associated with Caliphate were:

“This survey reveals in extraordinary detail the distorted view of Islam and Muslims and in the concept of a Caliphate – despite the fact that the worldwide Caliph of the Ahmadiyya Muslim Community, His Holiness Hazrat Mirza Masroor Ahmad, and his predecessor have been in Britain for decades.

“The focus in the media on extremism, and linking any type of violence or crime by Muslims to Islam, has skewed public perception so that they believe Islam condones or encourages violence and extremism. Nothing could be further from the truth.

“That is why this survey is so timely and this conference provides a platform for us to address issues raised by the results. For followers of the Ahmadiyya Muslim Caliphate, the caliphate is a force for good and this is the message that we will seek to put forward.”

“This research illustrates relatively low awareness and understanding of the caliphate among British adults, as well as conflicting perceptions of Islam. For example, with Britons similarly as likely to agree that Islam promotes acts of violence in the UK as they are to agree that Islam promotes peace in the UK it is clear that perceptions of Islam are mixed among the general public.”

Other key findings from the survey are:

Britons are split over whether Islam is a negative force in the UK, with similar proportions saying that they agree (43%) and disagree (40%) with this statement.

The survey found older Britons were more likely to see Islam as being a negative force, while younger people had a more positive view.

About the Ahmadiyya Muslim Community
For more than one hundred years the Ahmadiyya Muslim community has been leading a peaceful revival of Islam. From the time it was founded in India in 1889 it has enjoyed an unrivalled record for peace and for its efforts to build cohesive societies. Established in the UK since 1913, it built London’s first mosque in 1926 and now have one hundred branches across Britain including the landmark Baitul Futuh mosque in south London, which is the largest in western Europe. It is a community that stands for education, integration and interfaith peace, it welcomes all to visit its mosques as well as its numerous seminars and events that bring people together to understand more about each other.

About ComRes
ComRes is an independent research consultancy specialising in corporate reputation, public policy and communications. ComRes is a member of the British Polling Council and abides by its rules.