Barry Farber, Consultant to Business Leaders, Sports Legends, Entertainers and Fortune 500 Corporations will Host Show on the Hometowne Television Network in Northern New Jersey via Comcast and Verizon, as well as On Demand on Farber's website 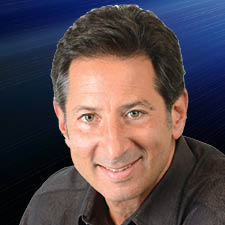 Marketer, sales and business consultant, and talk show host, Barry Farber (http://www.barryfarber.com) has launched a new television talk show called “Breakthrough with Barry Farber” which premiered on Wednesday, February 24, 2016, at 8:00 p.m. EST. In the half-hour program, Farber will brainstorm with a variety of guests ranging from business leaders to scientists and athletes to entertainers on the art of breaking through. Farber and his guests will present insights on how to deal with obstacles and adversity while at the same time maintaining a resilient and positive attitude. The show, which will be streamed on the Hometowne Television Network, will reach over 600,000 homes in New Jersey through 36 Comcast and 33 Verizon stations. It can also be viewed on demand at http://www.barryfarber.com or http://www.hometownetv.org.

“The goal of ‘Breakthrough with Barry Farber’ is to inform and entertain while sharing practical applications on how to break through the barriers to our personal and professional success,” said Farber, who has hosted over 400 TV and radio shows, with more than 1.5 million listeners on his online Breakthrough radio program.

His first TV guest is Oz Pearlman, a magician and mentalist who left a six-figure Wall Street job and became a finalist on America's Got Talent. Dr. Mark McLaughlin, a top neurosurgeon who trains coaches at West Point Academy on how to focus under pressure, is scheduled to appear on the second show which is scheduled to air on March 23. Each guest will demonstrate their expertise or craft during the last segment of the program.

Farber has had some impressive breakthroughs of his own. He is the marketer and co-inventor of the FoldzFlat® Pen, selling millions of units on television and through the retail and promotional products industry. He is also the best-selling author of 12 books, published in more than 25 foreign languages with over one million copies sold.

Farber, a resident of Livingston, N.J., consults with Fortune 500 corporations, professional athletes and entertainers to help them market their products and generate more business. Rated “Top Speaker of the Year” by Successful Meetings. He writes a sales column for Inc. magazine and has been a featured guest on CBS, ABC, CNN, Fox, and CNBC. Information about Farber’s sales and marketing programs and consultancy are at http://www.barryfarber.com.