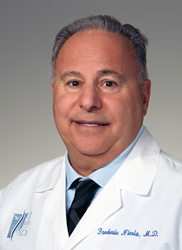 We are undoubtedly proud of Dr. Nicola for landing a spot in the Southern California Super Doctors Hall of Fame, but he has definitely earned it through his tremendous work in returning numerous DISC patients to their active lifestyles.

Because Dr. Nicola has been listed in the Southern California Super Doctors issue of Los Angeles magazine for 10 consecutive years, it is this significant achievement that has earned him the Hall of Fame accolade.

“We are undoubtedly proud of Dr. Nicola for landing a spot in the Southern California Super Doctors Hall of Fame, but he has definitely earned it through his tremendous work in returning numerous DISC patients to their active lifestyles,” said DISC founder, Dr. Robert S. Bray, Jr. “We are also happy to congratulate all 14 DISC physicians who have been named to the 2017 Southern California Super Doctors list.”

With the number of doctors receiving this honor limited to approximately five percent of the region’s active physicians, DISC’s strong showing year-to-year exemplifies the center’s ongoing commitment to excellence in patient care.

Since 2005, MSP Communications has published Super Doctors lists across the country in newspapers, inserts and magazine special sections devoted to Super Doctors. Honorees are also found online at http://www.superdoctors.com, where selected doctors can be searched by name, medical specialty and location.

Each year, MSP Communications undertakes a rigorous multi-phase selection process that includes a survey of doctors, independent evaluation of candidates by the research staff, a peer review of candidates by practice area, and a good-standing and disciplinary check. As a part of this evaluation, physicians are asked to consider the following question: “If you needed medical care in one of the following practice areas, which doctor would you choose?”

Beyond attracting and maintaining a staff of highly rated physicians, DISC continues to transform patient care in the outpatient setting through its preferred partnership with Surgical Care Affiliates (SCA), a national leader in the development and implementation of strategies that improve the quality and efficiency of surgery services.

About DISC Sports & Spine Center
DISC Sports & Spine Center (DISC) is California’s premier medical group providing the full scope of spinal care, orthopedics, pain management and conservative treatments. DISC has set a new standard for high-acuity, minimally invasive spine surgery and arthroscopy in an outpatient setting, both safely and on a more cost-effective basis. In partnership with Surgical Care Affiliates (SCA), one of the nation’s leading surgical care companies, DISC operates state-of-the-art outpatient surgery centers in Marina Del Rey and Newport Beach. Both centers are accredited by the AAAHC, have a zero MRSA infection rate and are conveniently located next to major freeways and airports. DISC, which accepts most major insurance plans, is also the official medical services provider for Red Bull. For more information, contact 866-481-DISC, or visit http://discmdgroup.com.