The Georgia Restaurant Association (GRA) has announced the 2017 Chairman of the Board for the association, Brian Bullock, Chief Operating Officer of Legacy Venture Restaurants. 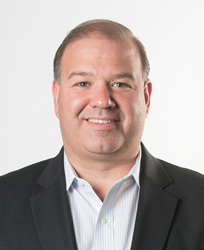 The Georgia Restaurant Association (GRA) has announced the 2017 Chairman of the Board for the association, Brian Bullock, Chief Operating Officer of Legacy Venture Restaurants.

Bullock has been a part of the restaurant industry for 20 years, after receiving his Associate’s degree in Culinary Arts from Johnson and Wales University and his Bachelor’s degree in Hotel and Restaurant Management at the University of Massachusetts at Amherst. Prior to joining Legacy Ventures in 2010, Bullock began his career with Houston’s Restaurants and was promoted to General Manager. Under that role, he operated restaurants in New Orleans and Houston. Later, he became the Vice President of Operations for Border Café Restaurants, where he served for seven years.
Under his current role as COO of Legacy Venture Restaurants, Bullock is responsible for running the day-to-day operations. He is also involved in the development and growth of the company on the restaurant and hotel food and beverage side.

As Chairman of the Board, Bullock will serve as the chief spokesperson for the industry, on behalf of the association and lead the GRA Board of Directors in their efforts to continue protecting industry operators needs and interests.

The Chairman of the Board also partakes in several GRA functions throughout the year including the Taste of Georgia Legislative Reception in February, the GRA Golf Tournament in June, the Chairman’s Reception in September, and the GRACE Awards gala.

The GRA also welcomed 11 new board members for 2017. Among those joining the board are restaurateurs and partners of the association. Mike Dixon is the CFO of Focus Brands and has served in the CFO role for other companies like The Cheesecake Factory, Pinkberry Ventures, Inc. and more. Stuart Fierman has served as the Operating Partner at Fifth Group Restaurants since 2005 and is a former manager with Peasant Restaurant Group. Fifth Group Restaurants won the inaugural GRACE award for Restaurateur of the Year in 2007. Shawn Hooks has been an Area Representative of Firehouse Subs since 2003 and is one of the brand’s youngest and first female Area Representatives. The CEO of US Cafe, Vipul Patel, owns and operates 2 locations in Smyrna and one in Buckhead.

Vice President of US Foods, Bill Ray, previously served as the Vice President and General Manager of Hanover Foods. Mike Torino, CEO of Amici Food Group, an eight unit chain headquartered in Madison, Ga. Proprietor of West Egg, The General Muir, TGM Bread, Yalla and Fred's Meat & Bread, Shelley Sweet, was a 2014 winner at the GRACE Awards Gala and her restaurants have accumulated many accolades throughout the years.

Another industry partner joining the board is Charles Kuck, founder and managing
partner at Kuck Immigration Partners, and has been named one of the top 4 most
highly regarded corporate immigration lawyer in the world in 2016 by the International Who’s Who of Corporate Immigration Lawyers. Gas South has been a long-time partner of the GRA and Staci Parker, Director of Sales, has a background working with the Georgia Chamber of Commerce. The Executive Vice President of Hojeij Branded Foods, Stephanie Fischer, draws experience from Dunkin’ Brands and the Walt Disney Company. Finally, NetFinancials President, Bob Wagner CPA, was a finalist at the 2013 GRACE Awards and has been in business for over 20 years.

"We firmly believe that these new members along with our newly appointed Chair and entire Board of Directors will navigate the Georgia Restaurant Association through 2017 effectively and allow our association to grow and better represent the second-largest private sector employer in the state of Georgia," said Karen Bremer, GRA CEO.

About the Georgia Restaurant Association
The GRA’s mission is to serve as the voice for Georgia’s restaurants in advocacy, education and awareness. The GRA is sanctioned by the National Restaurant Association to operate Georgia’s only not-for-profit representing the state’s foodservice industry. The GRA serves as the unified voice for over 17,000 foodservice and drinking places in the state of Georgia with total sales in excess of $18.8 billion which provides more than 438,900 jobs. From large chains to start-ups, the GRA helps make Georgia a better place for restaurants to do business and helps make restaurants better for Georgia.

For media inquiries, please contact Rachel Bell, director of marketing and communications, at (404) 467-9000.