Lookers plc one of the UK’s leading motor retail and aftersales service groups, is pleased to announce the promotion of Nigel McMinn to the role of Chief Operating Officer and the appointment of Allan Rushforth to the role of Managing Director. Both of these appointments are with immediate effect. 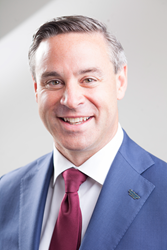 Lookers plc one of the UK’s leading motor retail announces the promotion of Nigel McMinn to COO and the appointment of Allan Rushforth to the role of MD.

The Lookers business has seen significant growth, particularly in recent years, and these appointments are designed to strengthen the company’s senior management team to reflect the increased scale of operations.

Since joining in 2013, Nigel has made a substantial contribution to the business in terms of developing the three key strategic focus areas of: people, technology and brand, whilst significantly strengthening key manufacturer and supplier relationships.

Allan Rushforth will now take up the role of Managing Director and will report to Nigel and have the Franchise Director team as his direct reports, with a clear focus on delivering outstanding operational performance on customer, brand partner and financial metrics.

Allan has had a highly successful career in the automotive sector, culminating in the role of Corporate Vice President of Global Sales for Nissan. Prior to Nissan, he held a variety of senior roles with Hyundai including COO of Hyundai Motor Europe and has held a variety of other senior roles both internationally and in the UK.

We are also pleased to announce that Robin Gregson will now become Chief Financial Officer, again with immediate effect.

“Nigel's promotion is richly deserved and recognises his pivotal position in the progress we have made in recent years.

“I am also delighted that Allan, a true global industry leader, is joining our team and I have no doubt he will prove to be a huge asset to our business in the years to come.

“Given the scale and complexity of the business we now have, it is entirely appropriate that we recognise the outstanding contribution that Robin has made to our success in his time with the business.”

“These changes provide the foundations for the continued growth of Lookers plc, providing our business with the organisational capability to stay ahead of the market, accelerate our strategic ambition and achieve our short term operational goals.”

“It’s terrific to return to the UK and to join the team at Lookers which I know & trust. During an important period for British business and in a sector that’s likely to change at a faster rate than ever before, I’m convinced we can deliver enhanced stakeholder value, founded on the best customer experience in the business.”