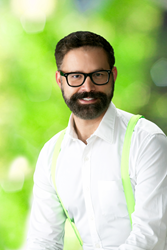 “As a company, we believe that if we entertain while we educate, it helps people to absorb the information, and Stacy gets that too – he already has Cruisitude and is a great fit to our team,” said Michelle Fee, CEO of Cruise Planners.

Cruise Planners, an American Express Travel Representative, the nation’s leading home-based travel agency network is committed to the best training and support for its growing travel agent network. This month, Stacy Lowman joined the team in a new role created to heighten the focus on travel agent and internal training and development. Lowman is a veteran in training and employee development who comes to Cruise Planners with extensive prior travel industry and human resources experience.

“Cruise Planners continues to add strategic new roles at the Home Office Team and this new role enhances the professional development opportunities available exclusively to Cruise Planners agents,” said Michelle Fee, CEO and co-founder of Cruise Planners, an American Express Travel Representative. “Our dedicated training team will flourish under Stacy’s leadership as they have already been working diligently to set the groundwork for him to hit the ground running and positively impact Cruise Planners agents.”

In his new role, Lowman will lead a seasoned training team charged with redesigning the training platform, Cruise Planners University (CPU), to continue the focus of consistently delivering customized and dynamic content for Cruise Planners travel advisors. He naturally has a passion to help travel agents grow their businesses and wants to help people succeed through mentorship and interactive training, which will merge the latest technology, incentives and content to create an engaging training experience.

Throughout 2017, Cruise Planners has already organized a variety of in-person regional trainings and boot camps under the leadership of Senior Director of Strategic Partnerships and Agent Engagement, Cathy Kusuma. These two roles will work hand-in-hand to deliver great training programs – both in person and virtually – to provide the Cruise Planners network with the best in the industry.

Lowman will combine his experience from various roles to enhance the current training programs at Cruise Planners. He most recently served as VP of Human Resources, World Travel Holdings, with oversight of corporate communications and talent development and supported their home-based divisions. During his tenure, he helped the company earn a Gold Magellan Award for the new agent training program, an honor that Cruise Planners has also consistently earned. Lowman has a continuous improvement mindset and strives to stay ahead of the curve with new learning methodology, which will be important to the role.

“As a company, we believe that if we entertain while we educate, it helps people to absorb the information, and Stacy gets that too – he already has CruisitudeTM and is a great fit to our team,” Fee said. “Cruise Planners will continue to be a powerhouse in the travel industry with the best marketing, technology and travel agent training. Our recent investment in our improved learning platform and hiring experienced industry talent will help us continue to be the industry leader.”