Ajamie LLP managing partner Tom Ajamie has been invited to speak at the 15th Annual North American OffshoreAlert Conference on May 2, 2017 in Miami, Florida. 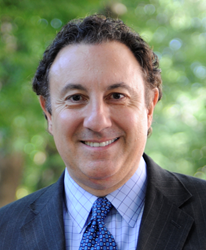 In his presentation entitled "1MDB: Dissecting One Of The World's Biggest Financial Scandals," Mr. Ajamie will discuss the extraordinary allegations of billion dollar fraud and corruption involving 1Malaysia Development Berhad, which is controlled by the Government of Malaysia and was set up ostensibly to facilitate long-term economic investment for the country through global partnerships and promoting foreign direct investment.

"We are fighting to return billions of dollars that were stolen from the people of Malaysia," said Mr. Ajamie.

Tom Ajamie is an internationally-recognized trial lawyer who has successfully represented clients in complex commercial litigation and arbitration. He has handled a number of high-profile cases, including groundbreaking securities and financial cases, cross-border litigation, business contract disputes and employment issues. Mr. Ajamie has won two of the largest awards ever handed down by an arbitration panel for investors, including a $429.5 million award. He has also won a record $112 million civil RICO jury verdict.

The North American OffshoreAlert Conference is a Financial Intelligence & Investigations Event that brings together more than 250 clients, providers and investigators of high-end financial products and services from the UK, Europe, USA, Canada and key offshore jurisdictions to network and discuss wealth creation, preservation and recovery.

Ajamie LLP is one of the nation’s premier law firms with a national and international practice in complex commercial litigation and arbitration. For more information about Ajamie LLP, visit the firm's website at http://www.ajamie.com.