Manufacturing in Georgia May See Big Changes with Trump Administration

The country must wait to find out just how many of President Trump’s campaign promises and proposals will actually come to fruition. 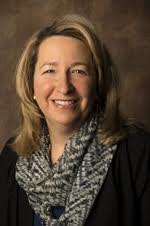 With a focus on creating jobs in the U.S. and making it easier to do business in the states, President Trump campaigned on a promise of lower taxes and fewer regulations.

With the national elections complete, the Republican Party will hold both houses of Congress and the presidency for the first time in eight years. While the country must wait to find out just how many of President Trump’s campaign promises and proposals will actually come to fruition, he has given us reasons to speculate. The markets are responding well and some high profile manufacturers have indicated a number of jobs previously heading out of the country may now stay in the U.S.

“With a focus on creating jobs in the U.S. and making it easier to do business in the states, President Trump campaigned on a promise of lower taxes and fewer regulations,” said Debbie Torrance, Tax Partner of Smith & Howard. In a recent discussion with Ms. Torrance and Jason Moss, CEO of the Georgia Manufacturing Alliance, some of the changes anticipated for Georgia could include:

While these and other proposed changes may materially alter the ways that businesses structure their operations and finances, it will also affect individuals.
Some of the aspects of Trump’s plan for individuals include:


In regard to international taxes, Trump has proposed all earned foreign subsidiary income should be taxed and there should be a one-time 10% transition tax imposed on the deemed repatriation of profits of foreign subsidiaries, payable over 10 years.

The North American Free Trade Agreement is on the table for renegotiation, including tariffs on goods imported to the U.S. This action could make it economically challenging for a U.S. business to produce or manufacture outside the country and transport its finished products back to the states. While this could increase costs of sourcing, it would naturally increase local-for-local manufacturing. This would likely translate into more U.S. plants with new jobs and an increased demand for sophisticated manufacturing technology.

Following the election, Forbes magazine touched on the potential effect of Trump’s approach to energy, “as part of a wider America first philosophy.” The article went on to say his policy on energy provides “less access to world energy markets” and therefore higher costs in the U.S. It also grants that his approach presents an opportunity for diversified energy sources, decreased logistics costs and ultimately a moderation or drop in fuel costs.

In the words of writer Kevin O’Marah, “The race to return home is on, and the world is watching.” The tax professionals at Smith & Howard will also be keeping a close eye on legislative changes over the coming months and will publish updates on matters that affect businesses and individuals. You can subscribe to future updates by visiting http://www.Smith-Howard.com and select the Newsletter -Subscribe at the bottom of the home page. To get industry specific updates, select “Manufacturing Matters.” If you have questions, please call Debbie Torrance, tax practice and manufacturing group leader, at 404-874-6244 or dtorrance(at)smith-howard(dot)com.