With the launch of KiConscious, a new multi-modality consultative personal transformation system, entrepreneur Michael Nicklin is sharing his native spiritual intelligence and strategic acuity with individuals, primarily business professionals and entrepreneurs, seeking to benefit from the system’s highly transformative and catalytic nature. 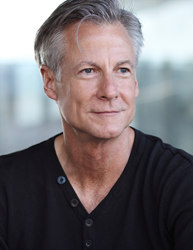 When individuals and corporations alike align their beliefs and actions with their truest intentions, it only has the potential to manifest in the most positive of ways from individual well-being to increased commercial viability.

For most of California-born entrepreneur Michael Nicklin’s career, he had divested a key component of his innate gifts, choosing to remain tightlipped about his integration of his spiritual intelligence into every aspect of his professional and personal life.

After compartmentalizing it far from his professional avatar for 30-plus years, due to corporate culture branding the subject as too “fringe” or taboo, Nicklin is now flipping the paradigm, at last merging his mammoth wealth of professional expertise in personal transformation with his intuitive gifts.

With the launch of KiConscious™, his new multi-modality consultative personal transformation system, Nicklin is sharing his native spiritual intelligence and strategic acuity with those individuals, primarily business professionals and entrepreneurs, seeking to benefit from the system’s highly transformative and catalytic nature.

With most witnessing and feeling a rapidly changing energetic state in the world, and many individuals eager to find some source for authentic identity, fulfillment and deeper consciousness in their lives, Nicklin feels the time is ripe more than ever for this accelerated self-discovery process to occur.

Incorporating a coaching/consulting hybrid approach, which leverages both an inquisitive discovery process as well as a championing, non-judgmental “coaching” practice, Nicklin’s system is tailor-made for individuals ready and committed to an ongoing partnership that kickstarts a process of personal evolution and growth. The system is also adaptable to serve groups as well. In addition to interactive dialogue, Nicklin leverages Reiki and crystal energy work, sound and aroma immersion experiences, and the ancient cartomantic practice of Tarot interpretation.

Through engaging collaboration Nicklin partners with individual clients in a consciousness-expanding process that helps them to discover their truest of intentions, culminating in an explosively transformative and empowering experience that allows for a newfound state of mindfulness in their daily lives. This positively impacts one’s state of health, happiness and wellbeing, and also raises one’s professional performance in areas such as productivity and efficiency.

Says Nicklin, “In 2017, I believe its time that businesses begin or strengthen their commitment to integrating spiritual intelligence, authenticity, and conscious action into their developmental materials and resources, and on actively recruiting and hiring individuals with a high degree of spiritual intelligence. When individuals and corporations alike align their beliefs and actions with their truest intentions, it only has the potential to manifest in the most positive of ways from individual well-being to increased commercial viability.”

KiConscious also hosts experiential retreats for both individuals and small-to-large groups, taking them out of their comfort zones to remote locations around the globe, including Hana - Maui, Hawaii and the Dominican Republic, offering opportunities to experience greater depths of connection to stimulate the mind and reenergize the spirit through mindful engagement, consciousness and clarified intention.

At only 24 years of age, Nicklin launched his first commercial venture, and has since founded several successful enterprises. Throughout his career, he has served as a well-recognized national television personality, also appearing on more than 300 news programs as a consumer trends contributor, and produced a lifestyle television talk show. At the same time, he was a contract strategist for a multinational corporate incubator during the first dot-com wave, then founding his consulting firm bridging the chasm between organizational performance and unrealized business potential, leading performance-based training programs for more than 300 business owners and high-profile brands, including Marriott, Universal Studios, Macy’s, Four Seasons, Bally and Westfield. Nicklin has also presented to thousands globally as a workshop facilitator and motivational speaker.