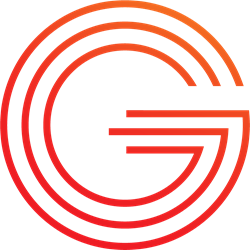 Granicus, the largest provider of cloud software solutions to government, today announced that it has appointed Mark Hynes as its new Chief Executive Officer.

Hynes joins Granicus after over two decades of leadership and experience driving growth and developing scalable organizational capabilities in a variety of executive roles, including President, COO, and co-founder across startup, midsize, and large technology organizations. Most recently, Hynes served as Chief Strategy and Development Officer of Altisource as well as President, Technology Products. During his time at Altisource, Hynes led one of the company’s three primary business segments, which focused on the commercialization and growth of mortgage and real estate software and advanced data analytics solutions. Altisource was named No. 20 and No. 26 in Fortune’s fastest growing global companies during Hynes’ tenure. Prior to Altisource, Hynes served as President of high-growth software company Digi-Net which developed advanced marketing automation and analytics software-as-a service solutions for B2C e-commerce companies.

“Building on Granicus’s success as the market leader in government cloud software, I look forward to working with our customers and the newly combined Granicus team to help empower government agencies to provide better lives for the people they serve,” said Mark Hynes, CEO of Granicus.

Hynes joins Granicus following its merger with GovDelivery, the leading provider of cloud-based communications software to government. In November of 2016, Granicus and GovDelivery announced the companies were merging to become the largest provider of cloud solutions to government in North America and in the United Kingdom. Together, they work with more than 3,000 government agencies at the local, state and federal levels to support their efforts to more effectively communicate, promote transparency, and transform the citizen experience.

Mark is succeeding Jason Fletcher, former CEO of Granicus, who will serve as Chief Operating Officer in the new combined entity, and Scott Burns, former CEO of GovDelivery, who will begin a new role as a Senior Advisor to the company.

“We thank Scott and Jason for their common vision, commitment to empowering government agencies with innovative technologies, and leadership. We are excited to work with Mark to continue their success and building upon Granicus’s solutions for the public sector,” said Patrick Severson, Granicus Board Director and Principal at Vista Equity Partners. “Mark has a unique set of experiences and skills that will support Granicus’s continued growth and globalization while extending its track record of rapid innovation for government customers. We look forward to partnering with Mark and the entire Granicus leadership team.”