Author Dana George Cottrell’s Newly Released “The Writings Of Silvanus” is a Journey into Ancient Phoenicia and Greece.

“The Writings Of Silvanus” from Christian Faith Publishing author Dana George Cottrell takes readers to ancient Phoenicia and Greece where they read the story of a child who becomes the wealthiest and most powerful woman in Greece. 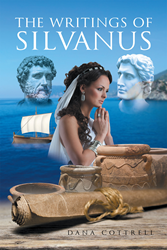 “The Writings Of Silvanus”: journey to wealth and power in ancient times. “The Writings Of Silvanus” is the creation of published author, Dana George Cottrell, author of “Genesis 1: The Design and Plan for the Kingdom of Heaven” and “Visions and Dreams.” Dana George Cottrell was born in St. Stephen, New Brunswick, Canada, and raised in northern Maine. He holds a BS in Electrical Engineering from the University of Maine and a MA in Biblical Studies from Mission Bay Christian Fellowship School of Ministries in San Diego.

Published by Christian Faith Publishing, Dana George Cottrell’s new book is a journey into history that tells the story of a wealthy and powerful woman named Rachael.

Nineteen sealed urns are discovered in a small cave located in southern Lebanon. Within the urns, papyrus scrolls written in ancient Greek tell the story of a Jewish family that moved from Judea and settled in Beth-Gebar. Silvanus, the author of the scrolls, wrote about his family’s history while living in Beth-Gebar during the First Century.

As the stories progress through the scrolls, Silvanus’s younger sister, Rachael, emerges as the central figure. She grows from an unkempt, fearless girl to riding ships, fighting pirates, to becoming a very powerful and wealthy woman in Greece, impacting both Greek and Roman economies.

From the book: A letter arrived from Rachael. Apparently, she was selected as head of the consortium. That would make her the most powerful woman in Greece. Her decisions at the shipyard had a long-term impact on the Italian shipping industry. She was making waves in Italy, not to mention her business relationship with the Ptolemy family in Egypt.

View a synopsis of “The Writings Of Silvanus” on YouTube.

Consumers can purchase “The Writings Of Silvanus” at traditional brick & mortar bookstores, or online at Amazon.com, Apple iTunes store, Kobo or Barnes and Noble.

For additional information or inquiries about “The Writings Of Silvanus”, contact the Christian Faith Publishing media department at 866-554-0919.