The report notes the rise of botnets, Internet of Things, and mobile malware and makes predictions for 2017. 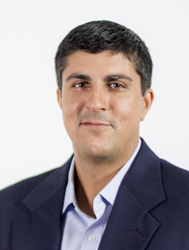 Botnets are making malware and spam campaigns more accessible than ever, noted AppRiver in its 2016 Global Security Report. Botnets’ range is considered to be primarily behind the escalation in malware activity—which clocked in at 15.5 billion malicious emails and 30.4 billion spam emails during 2016. The report also includes metrics from Web-borne threats, reporting an average of 40 million unique threats daily throughout the second quarter.

The report notes that in addition to traditional hardware like personal computers, the Internet of Things (IoT) delivers a new catalogue of devices that can be hacked for nefarious purposes. Smart watches, mobile phones, and smart assistants offer botnets millions of more devices that can be used to deliver their malware campaigns, or even to gather data on unfortunate consumers.

The report also includes predictions for 2017, including:

To prevent malware attacks, AppRiver recommends organizations have the following systems in place:


AppRiver has included more detail on these attacks and statistics within its Global Security Report. To read the full report and watch AppRiver’s security analysts’ round table discussion on its findings, visit https://www.appriver.com/about-us/security-reports/global-security-report-end-of-year-2016/

About AppRiver
AppRiver offers cloud-based cybersecurity and productivity services to 47,000 companies worldwide, with more than 10 million mailboxes under its protection. Launched in 2002 as a spam and virus filtering company, AppRiver has since added Web malware protection, email encryption, secure archiving and email continuity to its suite of security services. The company is also among the world’s top providers of Office 365 and Secure Hosted Exchange. All services are offered on a pay-as-you-use basis with a free, fully supported 30-day trial and 24/7 US-based Phenomenal Care™. Easy, effective and affordable solutions – backed by white-glove customer care – have enabled the company to maintain an annual 93-percent customer retention rate. AppRiver is headquartered in Florida and maintains offices in Georgia, Texas, New York, Switzerland and Spain. To learn more, visit AppRiver online, Facebook, LinkedIn and Twitter.