Silicon Studio Announces the Release of the Xenko Game Engine

Xenko is a Scalable, Open and Flexible C# Game Engine With High-End Graphics and Rendering Features, Available in April 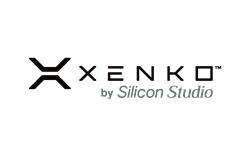 After a comprehensive beta test that lasted nearly two years, Silicon Studio Corporation is announcing the official commercial release of its Xenko game engine, an open source engine designed for development teams of all sizes, from indies working on mobile games to full studios working on AAA virtual reality titles. The engine will be on display at GDC 2017 in Silicon Studio’s booth #624, and available for purchase April 2017.

Xenko was created and refined by a group of international developers working under the oversight of the Japanese studio known to game creators for its industry-standard middleware, and to gaming fans for development of the 3DS Bravely Default RPG series for Square Enix Co., Ltd. While the engine is accessible to users of all skill levels, it is created by developers for developers.

“The decision to move from middleware to a full game engine was actually a fairly easy one for us,” said Terada Takehiko, CEO of Silicon Studio. “We were in a position to address some of the complaints developers have about the other commercial game engines on the market, and from there we began to see what developers of the future will need to be successful, including VR and mobile support.”

Xenko is the only commercial engine that supports the latest C#. Along with a development streamlining scene editor, a built-in prefab system and scene streaming system that allows developers to store, reuse, and review designs, the engine will launch with a complete set of tools, including a full asset pipeline, PBR material editor, script editor, particle editor, and more.

Future proofing the engine for VR, Xenko also offers an intuitive user interface, an advanced rendering set, full support for Vulkan, Forward+ rendering support, global illumination, and a built-in 3D audio support system. Along with its appeal to developers working on all mediums, Silicon Studio expects Xenko to be the future reference and go-to game engine for VR development.

“I ported the game from Unity engine over a year ago because I find Xenko's API and software architecture to be far superior,” said Mark Aherne, creator of the upcoming game “Universe of Nothing.” “The added benefits of the engine being written entirely in C#, and having access to the source code, just make it a complete winner for me.”

Xenko will be on display at GDC in the Silicon Studio booth, #624, and at the International Game Developers Association (IGDA) Pavilion in the Moscone Convention Center West Hall Lobby. To schedule an appointment to see the engine and speak with Silicon Studio’s Xenko team, please contact Pierre Rahier at pierre@xenko.com.

Availability
Xenko will be available to download directly from the Xenko website, as well as through authorized resellers in April 2017.