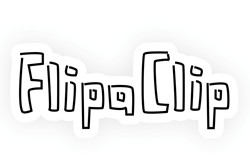 Next year, we hope to add 10 million animators to the world through FlipaClip; bringing high-quality, visually engaging content to the masses."

VisualBlasters, LLC, Miami smartphone app developer today announced its popular FlipaClip app is now available on Apple’s App Store. The action animation software - which has been downloaded 4.5 million times with 550,000 active monthly users on the Android platform -- puts the power of professional animation in the hands of anyone with a smartphone or tablet.

With more than a half-a-million users accessing FlipaClip from the Android platform, the popular software currently boasts:

“We expect these numbers to double with the iOS launch, especially given how Apple users are historically more invested in artistic and creativity-based applications,” said Jonathan Meson, CEO of Visual Blasters, makers of FlipaClip. “Next year, we hope to add 10 million animators to the world through FlipaClip; bringing high-quality, visually engaging content to the masses.”

To celebrate the iOS launch, VisualBlasters is teaming with indie-band ‘Tell Her I Love Her’ to host a contest within FlipaClip that gives users the chance to create an animated music video for the band’s first single, “Unravel”. The “Animate Unravel Contest” will run from March 15 to April 26 and feature an accomplished panel of judges including Grammy-winner, Michael Patterson, legendary animator of the iconic 80s video “Take On Me,” for the band A-ha.

“We were excited about the potential of 4.5 million Android FlipaClip users hearing our song and crowdsourcing our video, but the exponential growth offered by the iOS platform launch will allow us to deliver our music to an even larger global audience,” said Tell Her I Love Her’ band manager Brian O’Shea. “We can’t wait to see FlipaClip users bring our song, ‘Unravel’, to life. To have the potential for our very first song to not only be heard, but to also have a video seen and shared worldwide is a truly remarkable opportunity.”

Winners of the “Animate Unravel Contest” will be announced in New York City in May 2017. Awards include some $2,000 in cash prizes, as well as hundreds of free professional user licenses for the most stand-out submissions.

About Tell Her I Love Her
‘Tell Her I Love Her’ (https://tellheriloveher.com & https://youtu.be/bXNy3MW0JBY) is an indie “cross-country-pop-rock” band formed in Miami in 2016.  Their first single, Unravel, was released on Valentine’s Day 2017 and is included in the FlipaClip App for the “Animate Unravel Contest.”