Recent release “Roz” from Page Publishing author Lawrence Reynolds is both captivating and cultural; this work follows the main character Roz as she beats life’s obstacles and finds happiness in a place far from home, Boston. Journey along as Roz falls in love with a past nemesis and builds a successful life. 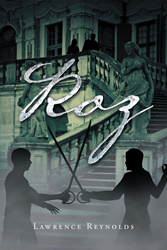 Lawrence Reynolds, a devoted writer and author, has completed his new book “Roz”: a gripping and potent work that explores the ideas of personal identity and finding one’s self. Ros, the main character, escapes her capture in order to flee her past life and embarks on an entertaining and passionate journey in Boston.

Again? Captain Hollerand was entirely frustrated by her. Rozalyn had stowed away on his merchant ship. She had to be rescued from the lecherous man hired to bring her back to England. She had escaped Hollerand’s supervision in Boston. Why was this alluring young woman fighting so hard to stay away from England? He’d already spent too much time running after this stunning young woman. He now had no choice but to leave Boston for his next port; he’d have to leave her in Boston because, after all, he had lost her again!

Meanwhile, Rozalyn, after escaping Captain Hollerand for the second time, had been lucky enough to beg a meal and a job in a fine household of Boston as a maid. It did not matter that she had once had servants. At least she had avoided being sent back to England and the dreadful marriage that her father planned for her. The charming nineteen-year-old quickly endeared herself to the wife of the homeowner. The two women became such good friends that Rozalyn eventually becames part owner of the Boston’s family ship-building business. It was a perfect match because that was her own family back around in which Rozalyn had been active.

After many months, a badly damaged ship limped back into Boston’s harbor, needing the repairs offered by Rozalyn’s company. Lo and behold! The captain of the damaged Peggy Ann was that handsome Captain Hollerand! Would he still try to return her to England and the snobbish aristocrat destined to be her husband? When Captain Hollerand learned who was part owner of the shipyard, he could hardly believe his bad luck. That woman again? Would he never be free of her, her charms, her beauty, and her conniving?

After much banter and embarrassments, the captain and Rozalyn seem to settle their differences and now begin a different kind of relationship. He, a ruggedly strong ship owner, and she, an independent, intelligent young woman, find attractions long denied.

Readers who wish to experience this prolific work can purchase “Roz” at bookstores everywhere, or online at the Apple iTunes store, Amazon, Google Play or Barnes and Noble.