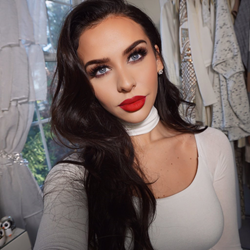 We believe that with the inclusion of uFluencer Group into Gushcloud and with the launch of Gushcloud Talent Agency, we’re in a unique position to cross-promote social media talents globally and locally.

With an established network of influencers and continual expansion across Southeast Asia, Gushcloud will now enter North America with their network of over 12,000 influencers and become the gateway to Asia for uFluencer’s top social media stars.

“We believe that with the inclusion of uFluencer Group into Gushcloud and with the launch of Gushcloud Talent Agency, we’re in a unique position to cross-promote social media talents globally and locally,” said Althea Lim, co-founder and Chief Executive Officer of Gushcloud.

“We look forward to working with Gushcloud’s clients and influencers from their extensive network and establishing our position as the world’s leading influencer company,” said Henman.

Gushcloud Talent Agency plans on introducing some of their top social media talents at Influence Asia 2017 – Asia’s largest live social media awards show, produced by Gushcloud and hosted by Yello Digital Marketing. This much anticipated biennial award show will be held in Kuala Lumpur Malaysia, from 6th – 9th April 2017 and aims to bring together 200 of the region’s top social media influencers and 3000 fans and guests to honour their achievements and professionalism in the influencer industry.

About Gushcloud (http://www.gushcloud.com)
Gushcloud is a Singapore-headquartered, leading digital influencer, marketing and media company, founded in 2011 by entrepreneurs Vincent Ha and Althea Lim. It spans across eight different markets in the region, including United States, Malaysia, Indonesia, Philippines, Singapore, Thailand, Korea and Vietnam. Gushcloud works with brands and agencies to engage celebrities and influencers to create and broadcast compelling branded content to their audiences.

About Yello Digital Marketing (http://www.yellodm.com)
Yello Digital Marketing (YDM) is Asia’s leading and fastest growing digital marketing group that brings together a close alliance of entrepreneur-driven companies specializing in various fields of digital marketing. YDM aims to be No. 1 in the region by providing end-to-end solutions in all aspects of digital marketing, ranging from strategy to creative to target optimization and to execution. Following the YDM Way of Collaboration, over 1,700 talented employees from 22 companies serve more than 5,000 clients in South Korea, Indonesia, Philippines, Singapore, Thailand, Malaysia and Vietnam.

About Influence Asia (https://influence-asia.com)
Influence Asia is rapidly becoming the largest and most respected live awards show is Southeast Asia. In 2017, Influence Asia will include the top 300+ nominees honoring individual and group achievements in the Social Media Influence industry across seven countries. This biennial award show will be held in Kuala Lumpur Malaysia, from 6th – 9th April 2017.